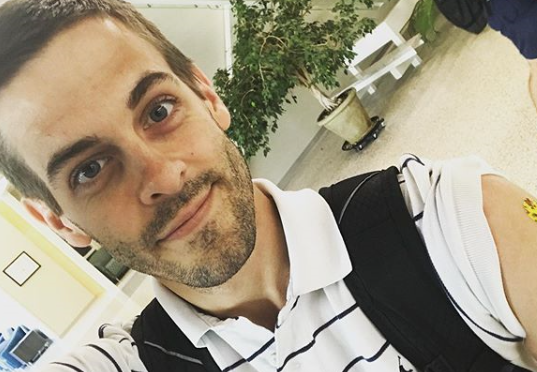 When Counting On comes back Jill Duggar and Derick Dillard won’t be in it. But, fans still love to follow their day to day. They especially love seeing the updates Jill posts about their children.

While Derick has claimed everything from not being able to do mission work to never working for the show, fans think he got fired. He’d exhibited some bullying behavior towards a fellow TLC star. He also had a history of making some pretty controversial comments.

The two boys are home schooled like the Duggar children were and she often shares them learning. Jill has not been vocal about the program they use for home schooling like her parents were. They use a program rooted in religion and teaches children how to, “impact the world for Jesus.” The Duggar’s offspring aren’t raising their children to the tune of the exact same rules their parents followed.

When asked if they would ever allow their children to attend public school both parents have said they would. Jill Duggar said they’d have to eventually for college. This has come as a bit of a shock to some Duggar fans, but the kids seem to all be forging their own paths. Going to public school would not be that far of a stretch for their boys.

We had a great time hanging out with Pistol Pete this afternoon! Israel loved it and may end up being the first three-Pete! First generation: 1976-78; Second generation: 2009-11; Third generation: ?-? Thanks mima @cldilla for the tickets! #legacy #gopokes

What Did He Say To The Fan Who Said His Kids Will Never Go To College?

Derick Dillard was not home schooled and is in his second year of law school. According to the Cheat Sheet he’s constantly asked if he would let his kids go to public school, and he’s constantly said yes.

He shared an Instagram picture of their oldest Israel hanging out with Pistol Pete. He captioned it saying he might be a third generation Pete. Derick went to Oklahoma State. When once again a fan asked if his kid would attend college and Derick said yes, another follower replied not supporting that idea.

The follower said, “sadly that won’t happen.” Derick quickly replied that it was true it might not, if he became an Arkansas Razorback instead. He said, “I guess that would be ok…as long as he’s not a sooner lol.”

The comeback scored a win for Derick. Fans will continue to follow their children’s journey in education. The Duggars will unfortunately continue to receive negative comments from fans and trolls online.

Stick with us at Tv Shows Ace for the latest Duggar-related news.

‘LPBW’: Pregnant Isabel Roloff SLAMMED For Being A Hypocrite
‘Alaskan Bush People’ Exclusive: Charcoal DIY Beauty Tips With Rain And Snowbird
Vicki Gunvalson Spreads Doom And Gloom During Filming Of Season 2 Of ‘RHUGT’
Could Hallmark, Lifetime Christmas Movies Be Canceled Due To Hollywood Strike?
‘Welcome To Plathville’ Olivia Plath Isn’t Sure What Will Happen In Marriage