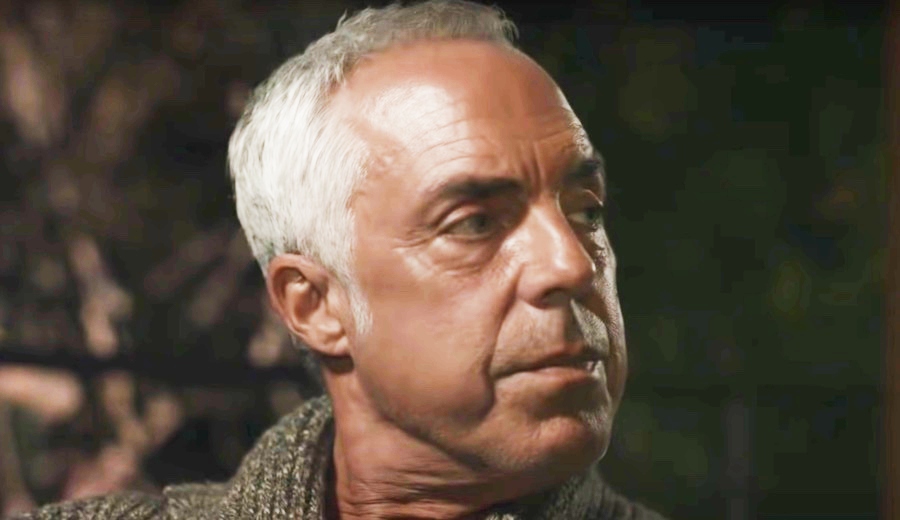 Bosch ended the Amazon Prime series when Season 7 dropped on Friday, June 25. However, the stories based on the Michael Connelly books  are not over. There is Bosch spinoff coming. Here is everything we know.

Spoiler alert: There will be Season 7 spoilers in this post.

Many fans of the excellent detective show are just learning that Bosch Season 7 is the final season for the Amazon Prime series. However, for those who are already feeling withdrawal symptoms, relax. There will be a spinoff eventually coming out. Moreover, the events in Season 7 set up for the new spinoff.

The eight-episode Season 7 was based on two of Michael Connelly’s books. That includes The Concrete Blonde and The Burning Room. The season starts with Harry investigating an arson. But, things quickly get personal. In addition, his partner Jerry has some anger issues. Things are starting pretty volatile. By the end of the final series, it is clear why the series is done.

Everything We Know About Spinoff

What do we know about the Bosch spinoff? According to Deadline, Titus Welliver, Mimi Rogers, and Madison Lintz will be reprising their roles from Bosch. Like the original, this series is based on the Michael Connelly books. However, the network will be changing. It will air on Amazon’s IMDb TV.

Next, we can look to Season 7 for clues to what the spinoff could contain. After uncovering some horrific hypocrisy, the idealistic detective ended the Amazon Prime series by turning in his badge. That doesn’t mean that the PD is without a member of the Bosch family. That is because Madison Lintz’s character, Maddie, was contemplating a big career move. She was considering whether she would join the force.

However, Rogers’ Honey “Money” Chandler spent most of Season 7 in a coma. This was due to an assassination attempt. Certainly, some of the conflicts in the new spinoff will be between Harry and Honey. But, there Honey may have some new challenges and attitudes after that life-altering event.

Nonetheless, Harry and Honey are going to be paired up. Whether they become an odd couple or become a dynamic duo, their relationship will likely go through layers of changes.

When Is Bosch Spinoff Release Date?

What do we know about the Bosch spinoff release date? So far, nothing. Michael Connelly has just posted on Instagram that they started filming in Los Angeles, at the end of June. Because there are delays due to Covid, it is hard to predict how long it will take to film the upcoming season.