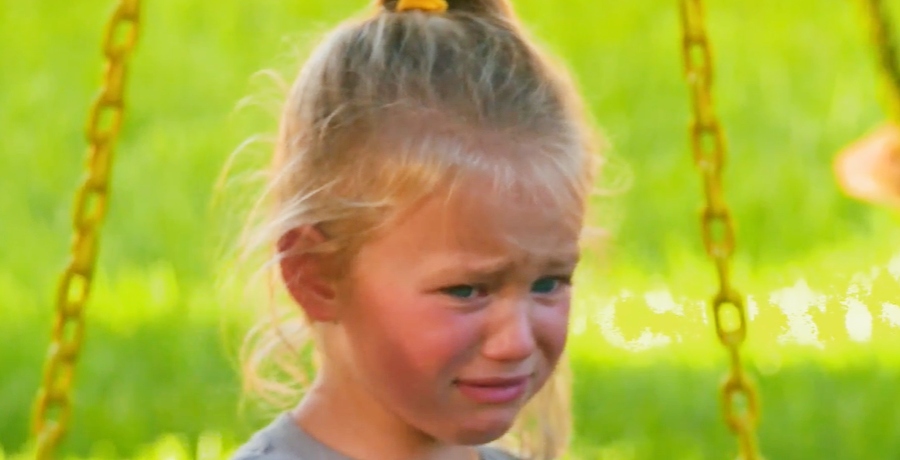 Is something wrong with Riley Busby’s arm?! Adam and Danielle’s latest Instagram post on their It’s A Buzz World account has fans in a bit of a frenzy. Many took to the comments begging for more details on Riley’s arm and if something bad happened to her. Is she alright? OutDaughtered fans are very passionate and have a deep love for each of the Busby quints and their elder sister Blayke. So, it isn’t too surprising this picture had them so upset. So, what’s wrong with Riley Busby’s arm? Keep reading.

As we previously reported, Adam Busby shared something on his Instagram that had fans swooning. For starters, they noted Riley definitely looked like Adam’s twin. She has so many facial features that look similar to her daddy. Fans note she’s a spitting image of him. 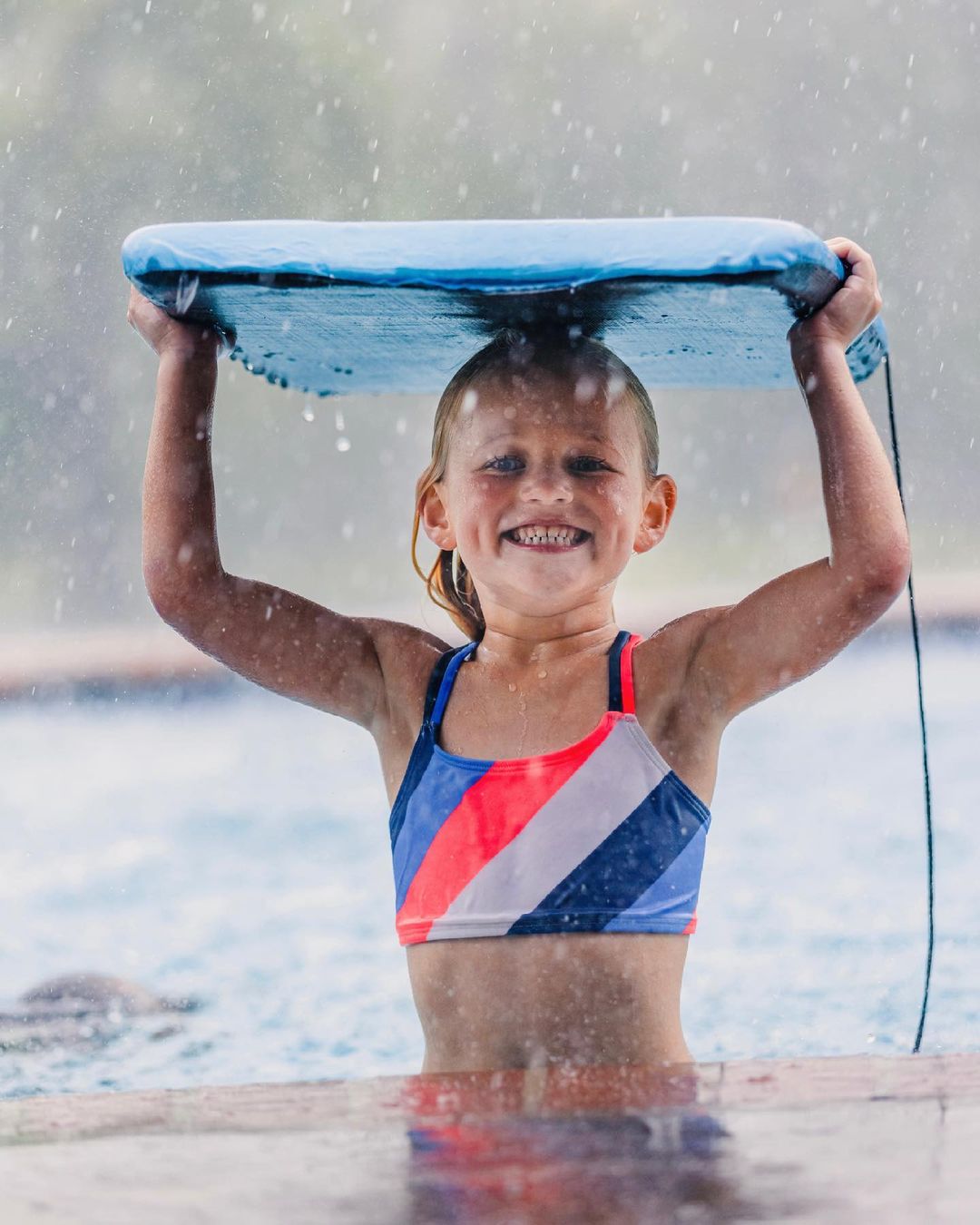 In the photo above, fans were obsessed with the guns Riley already has despite being so young. Fans can only imagine how fit and strong the quint is going to be as she continues to grow. Adam and Danielle do an incredible job of keeping their girls active. And, fans praise them for all that they do for their children.

That being said, fans are always quick to react to something concerning or something they don’t like. And, a recent Instagram post sent fans screaming. What’s wrong with Riley’s arm? Is she hurt? Fans weren’t really sure what to think.

Is something wrong with Riley Busby’s arm?

Fans recall Adam and Danielle rushing Riley to the hospital after having a fall that resulted in stitches. Most admitted Riley is always the most adventurous of the bunch. So, they were not too surprised when this happened. So, seeing Riley Busby with a few bumps and bruises isn’t too surprising for fans. But, it doesn’t stop them from being concerned.

Adam Busby and Danielle shared a photo with a few of the quints preparing to dive into the pool. Some OutDaughtered fans called attention to Riley’s arm. They noted the red-looking scrapes on her arms. They were deeply concerned. Many asked bluntly if it was a scratch on her arm. Others questioned if something was wrong with her arm. Check out the photo below and see if you think something is wrong. 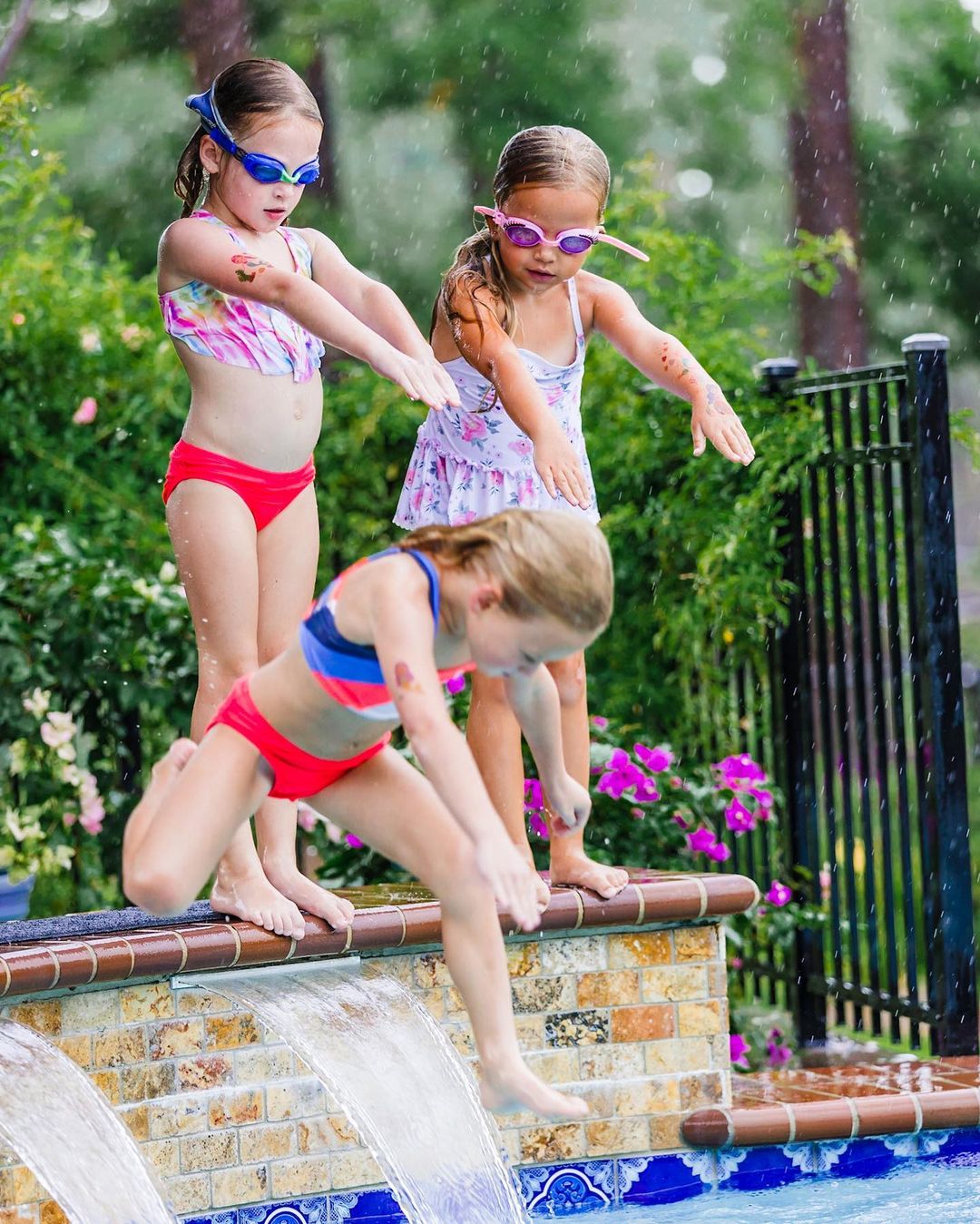 Neither Adam nor Danielle Busby have responded to concerns about Riley Busby’s arm. But, there were other fans that focused a bit more on the photo and gave an answer. Turns out, each of the quints in the photo had removable tattoos on them. This included Riley Busby. Fans thought she had cut or scratched her arm. But, she was just rocking a tattoo.

So, turns out, there is no cause for alarm or panic. Riley Busby’s arm is just fine. It’s a tattoo.

Stick with us a TvShowsAce for the latest on the Busby family.

Kailyn Lowry Opens Up About Weight Gain And Nasty Comments She Receives
Jenelle Evans List Reasons Why She Claims ‘I Can’t Work’
Katie Thurston Plays Wingwoman For Contestant She Rejected
‘I Love A Mama’s Boy’ Spoilers: CRAZY Season Premiere Sneak Peek
Matt Roloff Shuts Down Accusations Of Being Rich, What’s His Net Worth?