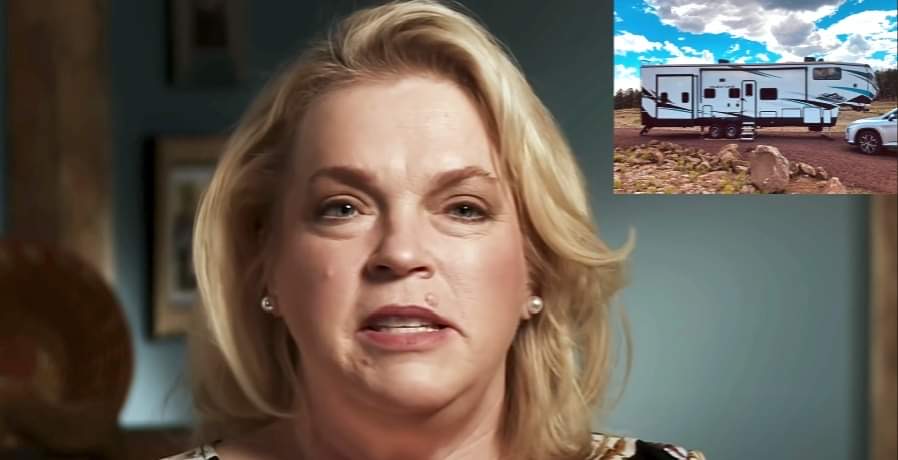 Janelle Brown has found some new living quarters. The Sister Wives star is finally making use of the family property, Coyote Pass. After her Flagstaff rental property was sold, she had to figure out her next move. So, she decided to get an RV and spend the summer in it. Where better to park it than the vacant CP land.

When the Browns were looking to move to Flagstaff, they had the choice of two pieces of land. One of them was Coyote Pass. There, a few of the wives and Kody heard the angels singing. Along with the children still at home, Kody and his four wives uprooted their lives in Las Vegas. They had the perfect setup in Vegas. The four women lived in a cul-de-sac. It allowed the children to seamlessly go from home to home. Kody also had easy access to his wives.

It was very different from the life they lived in Utah. There they lived in a single home built by a polygamist. Each wife, minus Robyn, had their own living quarters. Kody tried to convince the wives to have the same setup on Coyote Pass but they shut him down. They struggled to sell their Vegas homes while rushing to find quick rentals. Robyn and Christine ended up purchasing their homes. Meri and Janelle found rentals and Coyote Pass remained vacant.

The amount of money being spent on the current homes plus the unsold Vegas homes caused strife. There was so much dissension between the wives by Season 15. Everyone was so disconnected and lived so far apart. They were no longer a cohesive unit. Kody contemplated selling Coyote Pass and giving up the dream. Now, Janelle is happily making use of the property.

Since her rental has been sold, Janelle needed to find a new place. So, she chose a summer adventure. The mom of six opted to take advantage of the vacant Coyote Pass land. She got an RV and will be staying there for the time being. Janelle shared the news on her Strive with Janelle Facebook page. She told her followers it was almost impossible to find a rental.

Adding there is a lot to do on the land so why not spend the summer camped out there. Living the RV life is something she has always wanted to do. However, Janelle does admit she does have some anxiety with this new challenge. Her followers have been super supportive. One said: “My husband jokes about doing this someday after the kids leave home. Have home, will travel! Enjoy the adventure.”

Another added: “Oh my gosh Janelle. This is awesome. You could completely have your own summer show. You and kids experiencing RVing on your homeland. I know you’ll enjoy every minute of it.” What do you think of the Sister Wives star new venture? Let us know in the comments below.