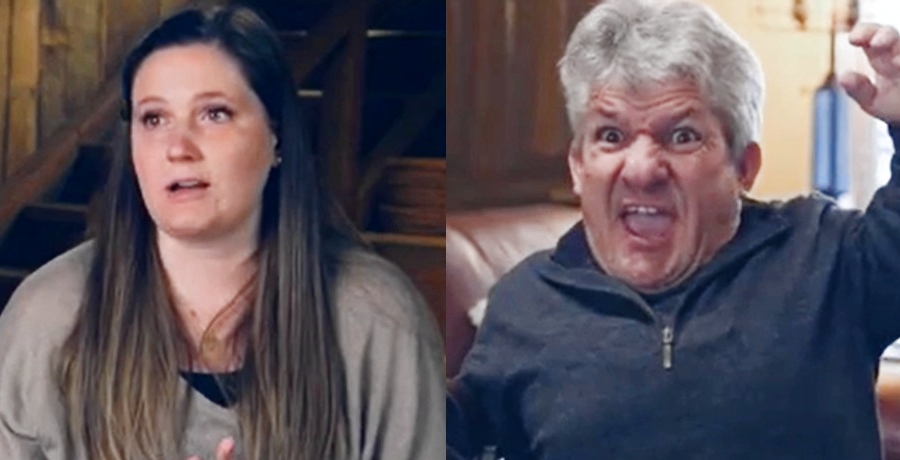 The LPBW mid-season preview for Season 22 that dropped a few days ago promises much more drama to come. Fans will see a heart-stopping moment when Jackson and his dad fall off a sled. Plus, Amy and Chris bang heads once again about the wedding. Meanwhile, Matt’s locked and loaded in case Amy locks and loads. Then TLC fans see Tori Roloff laughing and then crying as first good news, then bad news, comes her way.

The TLC mid-season teaser revealed that Amy and Chris went over and met up with Matt and Caryn at their place. Fans know that Matt and Amy and Chris all got together a lot about her wedding. She seemed undecided about marrying on the farm and it probably came because of her resentment for her ex-husband. In fact, she finally decided on the venue at the farm for the wedding but only because other venues seemed full. Actually, the whole thing was tainted from the beginning as she even slammed Chris for asking Matt a question about the venue.

The LPBW mid-season preview revealed that they caught up with Matt and Caryn, but prior to that, it looked like she really resented Chris wanting any say in his own wedding. She told him that she’d put her foot down. Guess who wears the pants in that union! She objected as he didn’t want such a traditional wedding. In the teaser, she refused to even discuss something else he wanted to revisit. The preview also suggested that Chris might want to ask Matt to attend the wedding.

Anyway, they went over to Matt and Caryn’s place and Matt Roloff told Caryn that you never know “which Amy” might walk through the door. He said that it’s possible that she’d come “locked and loaded.” But, he made sure to have a bit of ammo himself. Anyway, as expected, Amy arrived with her lip on the floor, a sour expression, and an obvious dislike of sitting anywhere near Caryn.

Apart from Amy’s wedding, the LPBW preview also showed Tori over the moon as she presented the family with the news that they expect another baby.

Well, fans already know that it didn’t work out and she miscarried. So, it’s not a huge surprise that later in the LPBW preview, she broke down crying as she talked about learning that her baby died. That came across as very sad and difficult to watch. However, a lighter moment came when Jackson and his dad went sledding. They fell off at the bottom of a hill but the sweet kid seemed fine about it.

A wild ride with the Roloffs and MORE heading your way! See what’s in store for the rest of the season and catch all new-episodes of #LPBW, Tuesdays at 9/8c. ✨ pic.twitter.com/fkjmPXSAkV

What are your thoughts on the LPBW mid-season preview? Do you think that Amy Roloff’s relationship with Chris is cracking? What about Tori? Then, what about Matt, who claims you never know which Amy’s gonna show up? Sound off in the comments below.