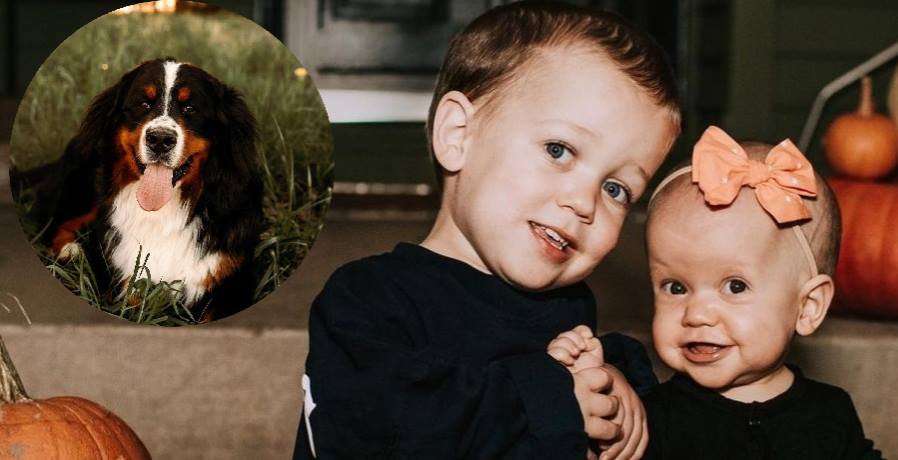 Little People, Big World fans are worried about Tori and Zach Roloff’s dog, Murphy. After appearing in many photos when the kids were younger, he seems to have disappeared. Did something happen to him? Tori Roloff reveals all.

People magazine reported at the time that the Roloffs spoofed a gender reveal party for the announcement. But, SURPRISE, a Bernese Mountain Dog puppy popped out of the box, revealing Murphy to her Instagram followers.

Some fans are nervous about such a big dog being around little kids, especially Tori’s young children. But Jackson and Lilah Roloff absolutely adore Murphy. Despite his large size, the dog is at ease around the kids. The gentle giant often popped up in photos alongside the kids.

Eagle-eyed followers of Tori Roloff noticed that Murphy hasn’t been in that many photos lately. They grew concerned and expressed their concern online. Somehow a rumor started that Tori and Zach Roloff had gotten rid of Murphy.

Tori Roloff took to her Instagram to assure Murphy-lovers that this wasn’t the case. She shared a photo of the massive furball on her Instagram Stories with a caption letting fans know he’s still alive. Furthermore, he’s still “living his best life” as a food catcher for Lilah.

In the photo, he sits near Lilah’s high chair, waiting for “snacks to fall.”

Claps Back at Internet Drama

It seems the rumors about Murphy were greatly exaggerated. And Tori Roloff isn’t here for that. In another Instagram Stories slide, she chided people for spreading rumors. “It’s sometimes discouraging what the internet posts about our family.”

Furthermore, she said that it’s not always possible to include him in photos. The reality star doesn’t want to force the dog to get in on the photo if he’s otherwise occupied relaxing nearby.

She wants fans to know that Murphy is just as loved as her two-legged children, even if she doesn’t share his photos daily. Tori joked that the dog has to compete with her kids for “screen time” on her social media.

Did you see speculation that Tori Roloff may have gotten rid of their dog Murphy? Did you notice he was MIA from her photos lately? Or is she right that the internet blew the situation out of proportion? Share your thoughts in the comments below.