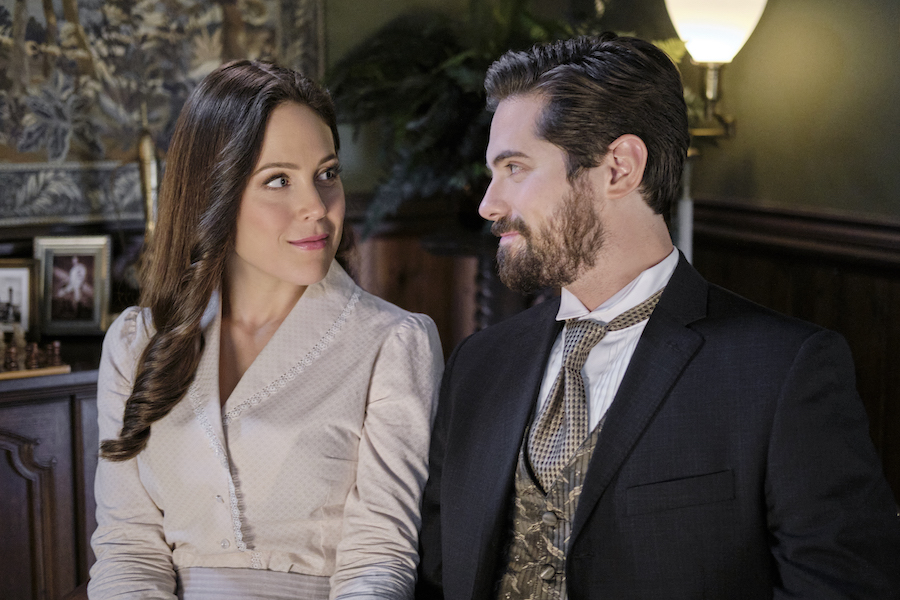 Although it has been over a month since Elizabeth chose Lucas in the When Calls The Heart Season 8 finale, there are still some unhappy Hearties. Many are asking, WWJD (what would Janette Oke do)? In addition, those Hearties are answering that question with the assumption that the Canadian writer would never have gone in this direction. One Heartie even declared that Elizabeth’s choice was “dishonoring” Oke.

What may be interesting to Hearties is that the esteemed author seems to have given her opinion on the storyline. What did she reveal?

Janette Oke Given When Calls The Heart Script Previews

After the When Calls The Heart Season 8 finale,  one fan tweeted to Brian Bird, the WCTH co-creator that she felt that the Season 8 finale was “dishonoring” Janette Oke. She is using this as her reason to leave the show. “It isn’t just about who she picked. It’s the fact this show is so far off the mark of Janette Oke’s writing legacy to the point of dishonoring it. This is why we are saying no more WCTH for us.”

However, Bird’s Twitter response was very enlightening. It seems to indicate that Janette Oke is aware of the show’s storyline decisions. Bird’s statement even indicates that she approves of the direction of the series.

“It would be dishonoring if Janette hadn’t been okay with the direction we took, but she always gets a preview of our plans, and she’s always been in favor of being unpredictable storytellers and not repeating storylines. So we feel okay in that regard.”

Brian Bird made it clear that Janette Oke was never dishonored. This should comfort Hearties who were on the fence about the direction the story took.

It would be dishonoring if Janette hadn't been okay with the direction we took, but she always gets a preview of our plans, and she's always been in favor of being unpredictable storytellers and not repeating storylines. So we feel okay in that regard. https://t.co/kwZU332f2W

Some of the Hearties who responded to Brian Bird’s Janette Oke ending now seem to be better with the When Calls The Heart Season 8 finale. One fan tweeted to Brian Bird, “sincerely appreciate your explanation. I feel better knowing Mrs. Janette is consulted. Not surprised either. I look forward S9 entertainment and hopefully happiness for Nathan.”

There is a great love for Nathan Grant. Showrunner John Tinker has promised that he will come up with a wonderful storyline for this beloved character. Actor Kevin McGarry seems excited. Moreover, they will certainly use Janette Oke’s original work as inspiration for what comes next.

When Calls The Heart Season 9 Should Start Filming Soon

One thing Hearties should realize is that the When Calls The Heart writers have been busy working on Season 9. As there are still Covid precautions in Vancouver, they will likely start production in the upcoming season next month. It takes longer to film during this pandemic. In addition, they try to film outside more. Filming in Vancouver in late summer is more ideal for the needed outdoor scenes.

In addition, Janette Oke will get those scripts, just as she always has.