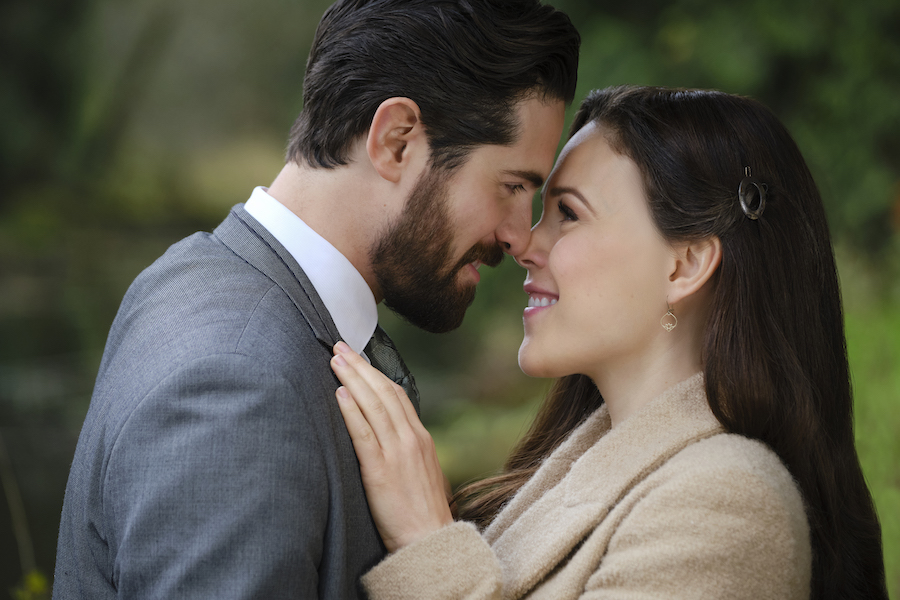 When Calls The Heart showrunner John Tinker finally broke his silence. He has not said anything about the Season 8 finale. However, he went to social media on Friday. Indicating he is on an intermission, he had a statement for Hearties that are not so happy with Elizabeth’s decision on the final episode of Season 8.

What did the WCTH showrunner have to say?

When Calls The Heart showrunner, John Tinker, has finally broken his silence. He posted a statement on his Facebook page. Along with the word “Intermission,” he made a statement explaining why he has not been on social media. In addition, he explained why he has not answered messages.

In addition, in his brief statement, Tinker also showed his sadness that so many Hearties are in “discord” over the recent events. Lastly, he explained what is currently occupying his time.

“Given the contentious upset over the triangle’s resolution, I’ve mostly stayed off social media. Please, forgive me for not responding to any messages at the moment. It breaks my heart that the story of a town where people repeatedly lift one another from the dust, in love and compassion, has caused discord among its devoted family of viewers. So, for now, know that we are back in the writer’s room, exuberant over the stories we’re developing for season nine — and holding firm to those values that aim to elevate, encourage, and gladden the human condition. What a blessing that is to do… whether on television or in life.”

Even after this calm missive, there are still many Hearties who are furious over the When Calls The Heart Season 8 finale episode. One Heartie bitterly wrote, “I think you blew it this season.” Another was not as concise. She blamed Tinker’s wife for the Lucas selection. She even attacked the show’s co-creator, Brian Bird.

“I’m sorry—I’m lost as to why you feel surprised and broken-hearted. Surely you had to see this coming after you led a team of writers to create one of the most inconsistent and inconsiderate storylines I’ve ever watched in TV. As for the divide in the Hope Valley community, the blame lies solely on Brian Bird’s, Ronda’s and your shoulders. You are the one who pushed the triangle longer than it needed to be, and you’re the one who let your wife dictate the course of the show based on her whims. Of course a happy wife = a happy life but come on. Straying from the stories of Hope Valley that we know and love is definitely not the best move you could have made. And where were these values that “aim to elevate, encourage and gladden the human condition” this season? What about Nathan? All you guys did was repeatedly kick a man who was already down. And yes here comes the block because that’s all you and Brian do—block the voices of dismay and objections. Have a good day!”

In addition to many voices of anger and frustration, there were some nice comments as well. One fan wrote, “Please know that the majority of #Hearties are with you. Don’t let the negativity or the rudeness get to you. It breaks my heart to read some of the things that are being said about our beloved show, Cast and Crew!

I loved season 8, it was brilliant and the Cast was amazing as always! The finale was the best ever! I love Elizabeth and Lucas together! He is her soulmate and she is his! Their love story has been beautiful and I can’t wait to see their journey continue. Looking forward to season 9 with excitement!! I really hope we can all come together again. Thank you and all the Cast and Crew of the show for all you did during a pandemic to bring us the show we love so much. God Bless you and Ronda, you both are precious and a blessing!!

Kevin McGarry May Have Summed Up Why They Went With Lucas

For the past few seasons, very few viewers thought that Lucas would ever beat out Nathan. Many Hearties insisted that When Calls The Heart was a story about a schoolteacher and a Mountie. But, it was not that long ago that Kevin McGarry may have given the biggest hint of who the writers would choose.

The cast of 'When Calls the Heart' reacts to that passionate kiss in Sunday’s season 8 finale! (Exclusive)https://t.co/iunLXQd4M6

Speaking to ET, he explained to Deidre Behar that “One suitor pushes her to be better, while the other suitor needs her to be better.” He was referring to Lucas and then to Nathan. But in the long run, he insists “Nathan’s not going anywhere. He’s going to have a bunch of other exciting adventures and we’ll see what happens with him, but Team Nathan and Team Lucas, I think it’s time to come together and be Team Hope Valley.”

Nonetheless, many Hearties are promising to not return to When Calls The Heart Season 9. This also happened when Daniel Lissing left the show, and they killed Jack offscreen. However, the numbers are better than ever.

Besides, don’t they want to know what happens to Nathan next?