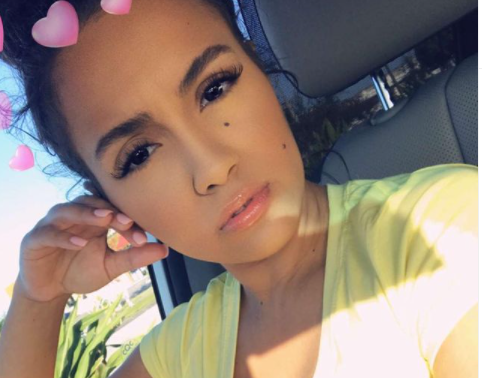 Just two weeks ago, Briana DeJesus announced her engagement to Javi Gonzalez. Despite the fact that these two have had an on-again/ off-again style history, fans celebrated with her. They were certainly hopeful that this time was the real thing. Unfortunately, it seems that this happily ever after might be already coming to an end. Have Javi and Briana already split? Read on to get the details.

Erased Without A Trace

Back in May, Teen Mom 2 cast member Briana DeJesus excitedly shared the news of her engagement on social media. Now, fans wonder whether the couple has suddenly called it quits. Why? Because Briana made Javi disappear.

Yeah, we said it. Disappear.

Fans who follow the 27-year-old reality mom know that this chick can’t stay off social media for five minutes. So, true to form – Briana had pics of her and Javi posted across every platform. This includes Twitter, where she had a cutesy video montage posted about her engagement. Now, suddenly, just two weeks after she revealed her engagement, all evidence of the relationship has vanished. Poof! Gone! You will not find a photo or video of Javi anywhere on Briana’s pages… which wouldn’t happen if they were still kosher, right?

Briana DeJesus and Javi Have ‘Unfollowed’ Each Other?

While unfollowing someone on Instagram isn’t all that drastic in the grand scheme of things, it certainly quirked some eyebrows. This is especially so in regards to Briana, who puts a lot of weight and effort into making herself very ‘seen’ on social media.

So, when fans realized that not only was every shred of Javi gone from Briana’s pages, she was no longer following his account — red flags started going up. A quick check reveals he is also no longer following her account. According to The Ashley’s Reality Roundup   a deeper dive down the rabbit hole revealed that Briana’s mother and assorted show-featured family members had also decided to click the ‘unfollow’ button on Javi.

While neither Briana DeJesus nor Javi Gonzalez has directly addressed the situation, both have made posts that have fans scratching their heads. In an Instagram story Thursday, Javi made some comments that seem like they were specifically directed at Bri – though of course, no one can confirm that.  The post read, “If I tell you I don’t like something and you do the same s***, I’m just gone assume you saying f*** me — So, f*** you too LMAO” The posts have since been deleted, Javi forgets that nothing online ever really disappears. Well, except for him. The imaged were saved and shared by TARR which is where many fans saw them.

In another post, shortly after the first, Javi writes, “I used to think communication was the key until I realized comprehension is. You can communicate all you want with someone, but if they dont understand you, it’s silent chaos.

So are Briana and Javi still together? Well – at this point all evidence points to ‘no’ but we can’t say for sure. Neither party has stepped forward and confirmed nor denied the split. There’s a very real possibility that the relationship ended behind the scenes. There is also, however, a possibility that Briana is setting us up for some dramatic reveal that she has just been keeping her relationship more private. The only predictable thing about Briana – is that she is unpredictable.

Stay tuned to TV Shows Ace for all the latest updates on this story and the tea on the rest of the Teen Mom 2 cast.