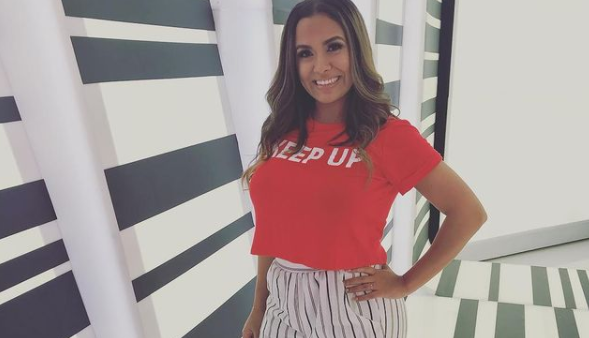 Teen Mom 2 fans were in an uproar this week when a cryptic Instagram post insinuated that Briana DeJesus left the show. What’s going on with Briana? Read on to find out.

Why Are Teen Mom 2 Fans in a Panic?

Fans of the popular MTV show were a little alarmed this week when one of the show’s producers posted a photo of Briana and her daughters on Instagram. The photos featured DeJesus and her family, including her mom, posing for a quick photo during an outdoor lunch at a picnic table. The ladies all snuggled in close and pulled their masks down around their chin, flashing their beautiful smiles at the camera.

The Teen Mom 2 producer, who goes by @indiangypsy on Instagram shared the photo with a heartfelt caption. “The DeJesus family is amazing and I’m so grateful to have met them and to have been their producer,” she wrote. Then, she continued, “Bri is honestly an exceptional mom, and Roxanne and Britt care more about the Lil ones and each other than life. Being around such a supportive, loving family every day was truly a blessing. Love you guys!!” 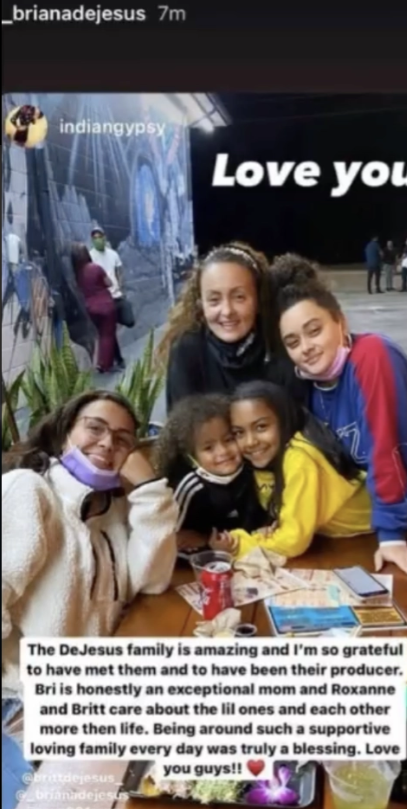 Briana’s fans immediately saw the post and went on high alert. Many thought the producer was saying goodbye because she left the show. Viewers began commenting across the producer’s post and Briana’s social media, trying to find out if Briana had left the series.

Briana Responds to the Tweets… Sort Of

While she does not directly respond to fan inquiries about her status with MTV, Briana responds to her former producer. She re-shared her initial post and wrote “Love You” across the top of the photo in response.

In addition to resharing the photo, Briana DeJesus posted another photo to her Instagram story that featured a “Happy Retirement” balloon.

While many fans took this as a sign that Briana was leaving the show, nothing in the programming has indicated this. She has not made any such statements, nor has the network. Based on the content of the posts, it’s more likely that it is actually the producer who is leaving her position.

Typically, the moms are paired with a producer who works with them constantly. It’s very likely that they developed a bond. Gathering from what we can see, the two appear to be very fond of one another. So, it makes perfect sense that the producer would take the time to wish the DeJesus family well.

Fans are thrilled to hear that the official answer to this question is YES! In an exclusive statement made to The Hollywood Gossip, Briana revealed that she is not going anywhere. She acknowledged that fans may have been confused by rumors flying around. She says, however, that she has no plans to leave the show at this time, explaining, “While I know there have been rumors and speculation that I have quit Teen Mom 2, I can state on the record that is 100% not true.”

Then, she goes on to officially confirm that she was not fired, as some fans had speculated. The 26-year-old reality star says that she will stay with the network as long want them there. She concluded by expressing great gratitude for her fans and their support. In her statement, she says:

“My family and I are here to stay as long as MTV will have us. Sorry to the haters, but you’ll be seeing more of us on the next season. To all my supporters I see you, I thank you, I appreciate you, and look forward to continuing to share my life with you.”

What do you think about the posts? Do you think they were intended to cause buzz? Were they just coincidental? Tell us in the comments! Share with your Teen Mom 2 loving friends!

Be sure to check out our homepage daily here on TV Shows Ace for all the latest on your favorite reality stars and shows.