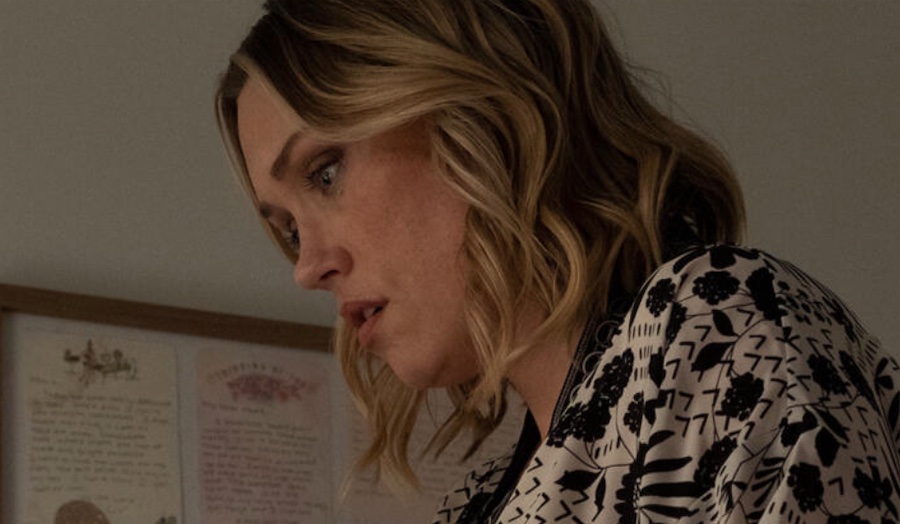 This is what we know about this new movie, which is part of the #UnhappilyEverAfter series.

What Is Lifetime’s Lethal Love Letter About?

According to the Lifetime synopsis, workaholic Amelia (Grant) is focused on running her small business. However, she is dealing with harassing comments from an anonymous follower on her blog. As Amelia struggles to work through her professional problems, she receives a letter from the dying wife of her former boyfriend, Mark (Malambri).

In the letter, Mark’s wife asks Amelia to reconnect with him upon her passing. Intrigued, Amelia meets with Mark, and old flames reignite. As Amelia dives back into her intense relationship with Mark, this leaves her eager assistant, Becca (Ellsworth), to her own devices at work.

Moreover, some suspicious activities and online threats make Amelia question whether the people closest to her have her best interests at heart.

In this Lifetime thriller,  recent divorcee Alison (Watson) is nervous about jumping back into the dating pool. When her best friend sets her up on a dating site, Alison is matched with Vincent (DeVorzon), a mysterious man who appears to be too good to be true…because he is.

Will Alison uncover the truth about Vincent’s motives before it’s too late?

After Lethal Love Letter, stay for one more Lifetime thriller. LMN is airing Fatal Fiancé right after, at 10 p.m. Eastern. This cautionary tale stars Brittany Underwood (One Life To Live, Deadly Vows), Camila Banus (Days Of Our Lives, One Life To Live), and Greg Perrow (2035, Killer In A Red Dress).

When Leah (Underwood) is kidnapped on the day of her wedding by her fiancé’s delusional ex-girlfriend Faith (Banus). However, Leah does everything within her power to escape. But once she does, she begins to question whether Faith was ever really delusional or if she was just trying to save her life.

Be sure to watch the premiere of Lifetime’s Lethal Love Letter on Thursday, June 10, at 8 p.m. Eastern, on LMN.