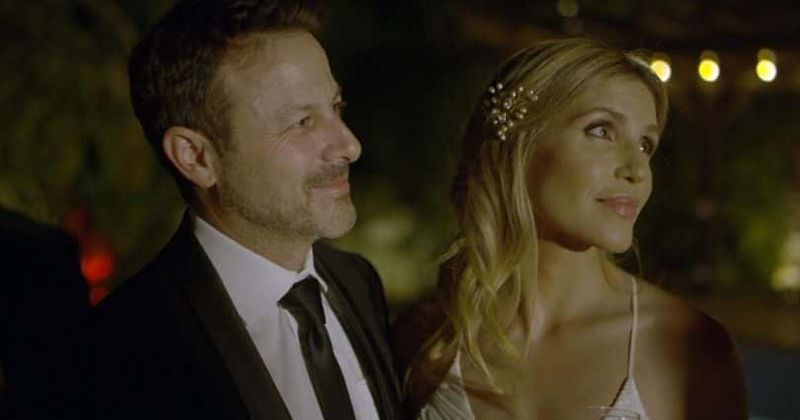 A new Lifetime movie will debut July 26th at 8 PM ET. Satisfy your guilty pleasure which many women will tell you are their Lifetime movies. This movie is called Her Deadly Groom.

About the New Movie Her Deadly Groom

Lifetime’s Her Deadly Groom is the network’s next juicy premiere. This is one that you do not want to miss.

A synopsis obtained from dreadcentral.com is below:

Recent divorcee Alison (Kate Watson) is nervous about jumping back into the dating pool.  When her best friend sets her up on a dating site, Alison is matched with Vincent (Michael DeVorzon), a mysterious man who appears to be too good to be true…because he is.  Will Alison uncover the truth about Vincent’s motives before it’s too late?

Michael DeVorzon plays Vincent Black in Her Deadly Groom. He is an American actor and started his career working production for the television show Melrose Place.  His film credits include Producer Sam, Any Day, Submerged, and the latest Her Deadly Groom.

In Her Deadly Groom, Kate Watson plays the role of Allison, the woman pursued by Vincent Black. She’s known for her works. Watson has also written and produced in There’s Something Between Us. Her versatility has enabled her to act in various genres.

The Golden Globe Award nominee Eric Roberts is an interesting character to look out for in Her Deadly Groom. In a career spanning over 40 decades, Roberts is featured in numerous notable films and television series. He plays the role of Allison’s former husband George in the movie.

Kelly Rin Decker plays as Brenda in Her Deadly Groom. She is an actress and a producer popular for Loon Lake, Halloween as well as many others.

Set your DVR or whichever streaming service you are using at the time. People of all ages love drama and thriller movies, from teenage thrill to the adult love triangle as well as many other genres the channel offers.

They have new movies on Saturday nights on Lifetime. You will want to check these out with COVID-19 going on and not as many shows having new episodes.

Will you be watching this movie? So, tune in and don’t miss out on the newest addition to Lifetime’s library!