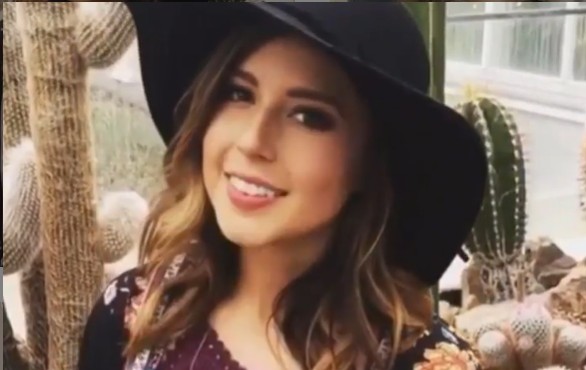 It’s finally time! Katie Thurston’s season of The Bachelorette is kicking off tonight on ABC. Anxious fans can’t wait to see Katie and meet her incredible 30 men. Usually, by now fans have a pretty good idea who the winner is. However, with the season filming in an exclusive location, Reality Steve has not quite nailed it down. In the meantime, Katie is dishing a little about her season including if she wanted an engagement at the end.

What are Katie Thurston’s thoughts on getting engaged at the end of her season?

US Weekly shared what Katie had to say about possibly getting engaged at the end of her season. Of course, everyone knows Matt James did not propose on The Bachelor. However, that is not the ending Katie envisioned for herself. She said, “I just know where I’m at in life, and it really shows how serious I am about falling in love and finding my person.” She continued, “And if the thought of being engaged scares you, then you’re not ready to be with me.” It’s clear Katie wants a strong commitment from her final chosen man.

Matt James has voiced complete confidence in Katie and her role as The Bachelorette. Katie says knowing what she knows now she does have some advice she would give Matt. If she could do it again she said she would tell Matt to let go of control.

Katie said, “I would say to let go of control. That was something I struggled with as well.” She continued, “And while I don’t fully know how his time went, you know, when I wasn’t around him, I know that’s something that I was told by Tayshia [Adams]. … I think it’s the biggest thing when you go through this — let go of control, surrender to the process and trust that everything works out the way it’s supposed to.”

Who is here for the right reasons!? #TheBachelorette premieres TONIGHT at 8|7c on ABC. 🌹 pic.twitter.com/NPSh9tNtRQ

At one point she wanted to leave

As with every season there is always some drama and tears. Katie’s season was no different. In one promo for the show, Katie tells the producers to get her a plane ticket she wants to go home. When asked about that moment Katie said, “At that moment, I was at my lowest and really wanted to leave.” She continued,  “And if it wasn’t for the amazing women who have been Bachelorettes before helping me navigate that, I probably would have. And so, I’m so thankful for all of them.”

While Katie didn’t give away any spoilers she did say she is happy with the outcome of her season. Katie said she believes everything happens for a reason.

Are you excited to see Katie’s season play out? Do you think she’s engaged?