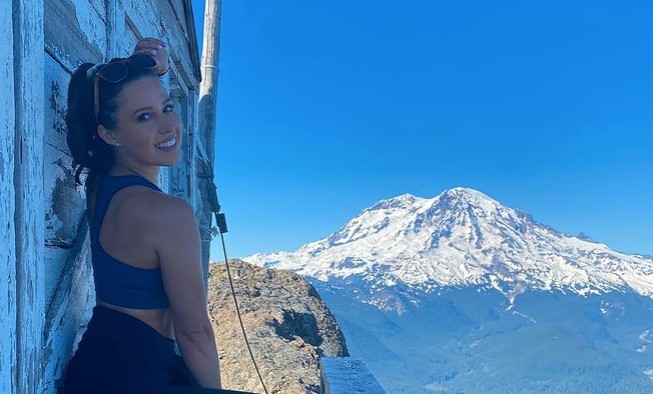 It took a while but Reality Steve just dished out Katie Thurston’s final four men. When he first posted weeks ago, he thought he knew three of the four. However, last week he revealed he was wrong and really only knew of two. Now, one day before the big Bachelorette premiere, Steve is spilling the tea on who all four men are. Warning! Spoilers ahead!!

Steve went to Twitter Sunday morning to spill some Bachelorette tea. Prior to today, he did not release all of Katie’s final four. Today the waiting is over. While fans still don’t know who won, they now at least know all of the final four. So, who are these men hoping to win Katie’s heart?

As previously released by Steve, fans already know Blake Moynes and Greg Grippo are in the final four. The other two were a huge mystery until today. Now, Bachelor Nation will know the other two men are Justin Glaze and Andrew Spencer.

Plus, while fans do not know and even Reality Steve does not know, Katie Thurston is reportedly happy and engaged. 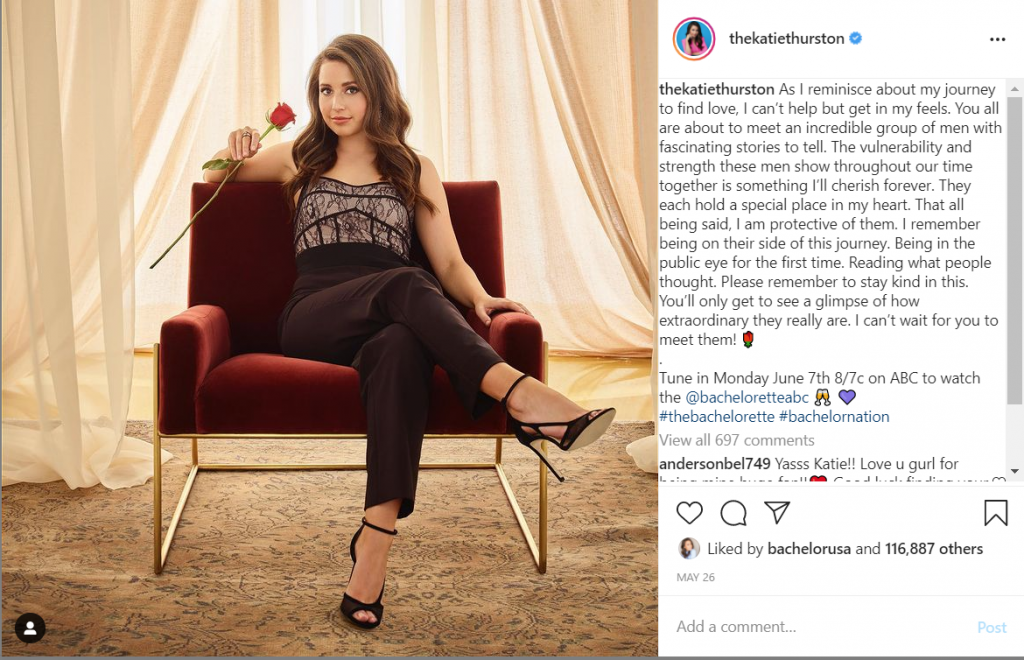 Who was the other man who didn’t make it to the final four?

In the beginning, when Steve dished out who he believed was in the final four, he said John Hersey was one of them. However, last week he confirmed that was not true. In fact, Steve said John does not even finish in the top eight. He believes John is eliminated by Katie somewhere between 9 and 11.

Why did fans believe John had actually won The Bachelorette? Well, Katie had taken a trip to San Diego with some fellow Bachelor alums. One of their outings turned out to be where John works in La Jolla. Fans instantly thought she must have picked him. Steve didn’t think that but was waiting for confirmation. He was right and John is not the winner and he is not in the final four.

Blake Moynes is a familiar face

Those who watched Clare Crawley and Tayshia Adams season of The Bachelorette know Blake first appeared there. Things obviously didn’t work out so he went back to Canada. Fans, however, were shipping Blake and Katie for BIP before Katie was announced as the new lead.

Blake must have thought she was pretty awesome too. He showed up after her season began filming to see if they had sparks. Apparently, they did. Blake makes it to the final four.

What do you think of Katie’s final four men? Who do you hope she picks?