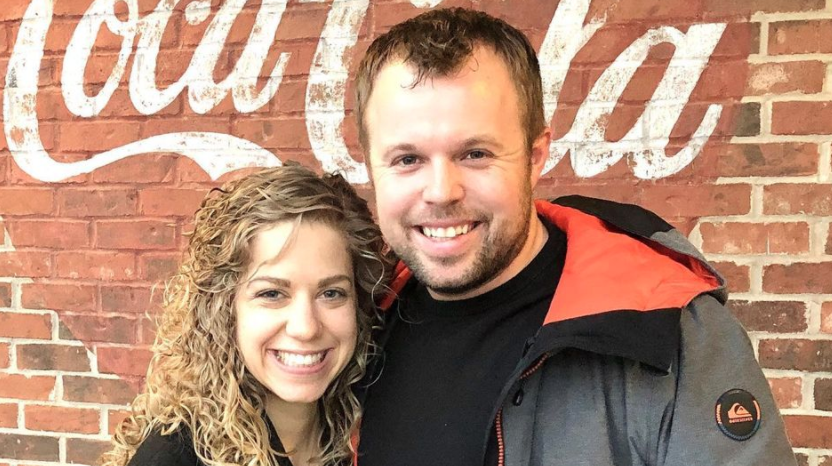 On social media, John-David and Abbie Duggar are seemingly showing signs that they are struggling financially, some Reddit users think. Could this be a sign that Counting On has been canceled and they need new ways to pay the bills?

As we recently reported, Abbie opened a Poshmark shop. Poshmark is a platform where people can buy and sell used clothing. Abbie promoted her shop on Instagram, and she has already sold quite a few items due to her large following on social media.

She also recently advertised a product for a brand partnership. On her Instagram stories, she shared about a new scale she’s using as she works out.

The video of Abbie promoting the product was shared on Reddit. Some critics wonder if she and John are running low on money. One user writes, “Between this and the Poshmark shop, I’m wondering if she and JD are a bit strapped financially at the moment. Why tho?”

Of course, it’s possible that John and Abbie are simply just wanting to make a little extra money for some other reason.

Has Counting On been canceled or renewed?

As of right now, there’s no word on Counting On and whether the Duggar family will return to TLC. It’s possible that COVID-19 delayed filming and production, but plenty of other shows are back to their normal schedules by now. So, it definitely seems odd that the show hasn’t been renewed yet.

Some fans speculate that Josh Duggar’s recent arrest could have something to do with the show not coming back yet. TLC did release a statement after Josh was arrested. The network said, “TLC is saddened to learn about the continued troubles involving Josh Duggar. 19 Kids and Counting has not aired since 2015. TLC cancelled the show on the heels of prior allegations against Josh Duggar and he has not appeared on-air since then.”

If the show is canceled, many of the Duggar kids will have to find new ways to make money since they previously relied on the show. If this is the case, fans can get used to plenty more Instagram ads from Jinger, Jessa, Joy, Jana, and Abbie.

So, do you think that Counting On will be renewed for another season? Or do you think John and Abbie, as well as the other Duggars, will have to find alternate income sources? Let us know your thoughts in the comments below.