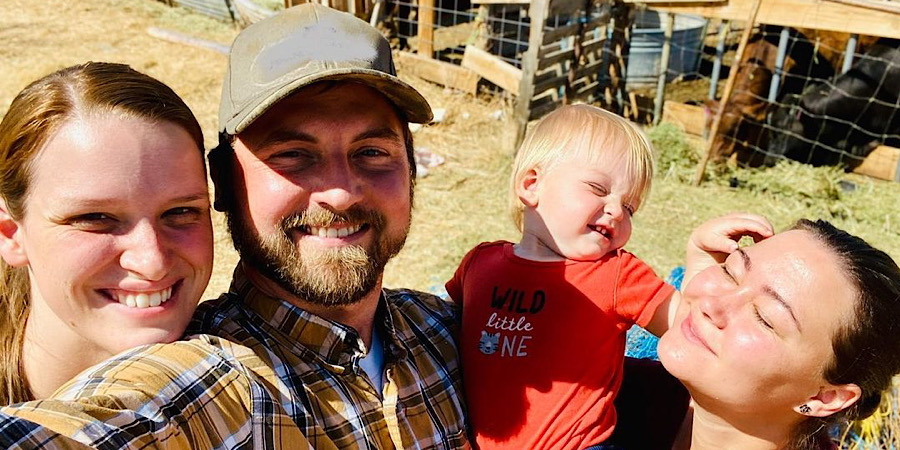 All five couples on this season of Seeking Sister Wife subscribe to different polygamist beliefs. For example, Garrick Merrifield claims he is following what Christ wants him to do. Viewers believe he is doing the exact contrary of that. The Clarks are building a kingdom where Jarod is the King and his wives are Queens. But what about the Winders? They seem to be the only family who actually takes the courting process seriously. So, what has truly led them to polygamy? Here is some insight into their lifestyle.

Why Are The Winders Seeking Sister Wife?

Starcasm reminds viewers the Winders have been about their faith and religion from the beginning. Colton’s first wife, Tami, spoke openly about their beliefs when they were introduced in Season 2: “Part of our belief is that we are preparing to become gods and goddesses of our own worlds. We believe there is no better way to become a God than plural marriage because we believe God lives plural marriage as well.”

Colton, Tami, and Sophie are Independent Fundamentalist Mormons. They make it clear this type of Mormonism does not involve child brides or anything of the sort. Plural marriage, in their church, unlocks them to the highest heaven. The more wives, the closer to heaven.

Colton was first married to Tami and they had a daughter, Sadie. When they joined the TLC series, Colton had been married to Sophie for one year. They were looking for a third wife but failed to find a connection. By Season 3, Sophie was pregnant with their son, Ephraim. The family was courting Kimberley. She flew out but a spark failed to fly between her and Colton.

Courting With The Winders

Other couples on the show have different courting beliefs. The Snowdens date with no intimacy. Once they decide to invite a sister wife into the family, that woman must undergo a 21-day alkaline diet. Then, she can be intimate with husband, Dimitri. There still has not been a commitment of marriage. After Garrick proposed to his potential sister wife, Roberta, he was intimate with her. Still unwed.

After Sidian went on his first solo date with Alexandra, one of Tosha’s first questions was if they kissed. For the Winders, that is not even a consideration. They are very strict with their courting. A third party is always present on the dates. Physical touch really does not happen at all. The dates seem very platonic until there is a promise of marriage. They keep it strict and by the book.

This could be why viewers have come to appreciate them so much. Last week, it appeared they were departing the series via a post on Instagram. A short time after, they posted an edit saying they were not going anywhere. What do you think of the Winders and their polygamist practices?