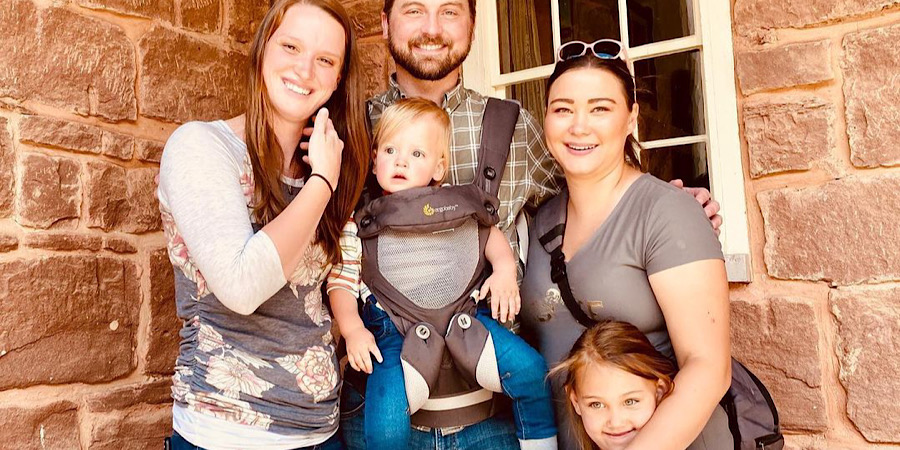 The Winder family is NOT leaving Seeking Sister Wife. Early Tuesday, they posted on Instagram about their experience with reality television. They explained it had been an “interesting experience.” Additionally, they added they never went on the show to actively seek out a third wife. It was more to raise awareness about their lifestyle and beliefs. The post seemed much like a sendoff. However, the post was soon edited to clarify the Winders are staying put.

When Colton, Sophie, and Tami joined the series in Season 2, their core goal was to come out as a plural family. They were finally ready to share their truth with the world. Colton and Tami were legally married and had a toddler daughter, Sadie. A year prior, they had wed Sophie. The family had yet to move into one home and become a united front. As they took small steps to reveal their true selves, the search for a third wife did ensue. Unfortunately, it was unsuccessful.

By Season 3, the family had moved into one home and Sophie was pregnant with baby boy Winder. Tami struggled with infertility so they banded together. They also had been chatting with a potential sister wife, Kimberley from North Carolina. It had gone on for some time. The hope was to get her out to Utah a few months before Ephraim was born. COVID put the brakes on that but she did eventually make it out.

Though everyone liked Kimberley, Colton did not feel a love connection with her. They realized how lucky they were to have come as far as they did. In the end, their hope was Tami would end up pregnant and God would guide them to their next chapter.

The day after the Winders shared they were going to continue to feel blessed with what they had, the post went up. It was all about fighting for the rights of plural marriage. As many learned from Sister Wives, polygamy in Utah is the equivalent of a traffic ticket now. They added: “This season of Seeking Sister Wife is closed for us with last night’s episode. We don’t know what the future holds, but we’re excited to see what will come next.” It concluded with them saying they would continue to update fans via social media. The possibility of new projects was still up in the air.

With fans upset about the family exiting the series, they quickly added an addendum. Did they speak too soon or did they break an NDA? In the edit, the Winders made it clear they were not going anywhere. It was simply a misunderstanding and this was just their last episode of Season 3.

Would you like to see the Winders return for Season 4? Let us know in the comments below and don’t miss Seeking Sister Wife Mondays on TLC and discovery+.