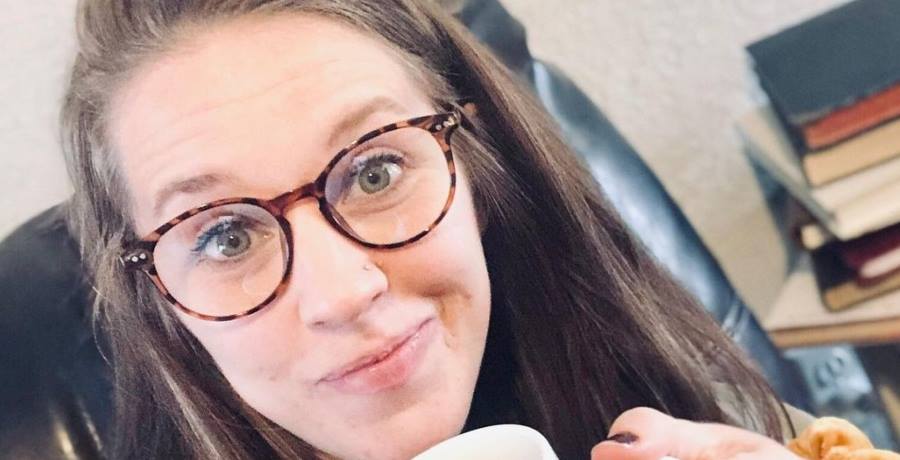 Counting On Jill Dillard got a dog for the kids and some critics slammed her for making it sleep outside. Nevertheless, she makes an effort and the whole family help train it. The rescue seemed to need to learn some boundaries, after all. Sometimes, it even climbed onto the table while they ate. Now, she told her fans that she fed it some two-year-old break milk. Might that be a problem?

When the dog first arrived at their home. fans asked the Counting On alum about the breed and its name. Well, they chose the name Fenna, which fans liked. The news also came out that Fenna’s a Belgian Shepherd Mix. The first night at home, Derick and Jill spent most of the time awake. The pooch cried and cried in the house. After praying and letting it out and settling it again, finally, it nodded off. Soon after, they kept it out in an igloo kennel at night. That attracted a lot of critics.

Later, Jill Dillard shared a video on her YouTube that revealed the family spends a lot of time training the dog Fenna. They taught her to fetch and not to jump up on the kids. She also comes when called. At least they try hard to make the dog behave nicely with the little kids. Often, the kids play with Fenna. So, she’s not locked in a cage and ignored. However, when Jill shared that she fed Fanna some old frozen breast milk, fans wondered if that’s okay. In fact, in her caption on Instagram, Jill anticipated some slamming and pointed out the milk was probably nutritionless after two years in a freezer.

Jill Dillard told her TLC fans that she took out the last tiny container of breast milk from her freezer. Her son, Samuel, wanted a taste, so she let him. However, he didn’t like it. And that’s probably just as well, as the Mayo Clinic recommends it shouldn’t be stored for human consumption for more than 12 months in a freezer.  So, Jill Dillard gave it to the dog. In the comments section, some fans pointed out that dogs sometimes even eat poop, so it shouldn’t be a problem.

However, it’s probably just as well that Jill Dillard gave the dog the last of her breast milk. According to Top Dog Tips, human breast milk contains way too much lactose for dogs. In fact, it might upset Fenna’s tummy. Actually, they point out that dogs already weaned have zero need for the nutrition provided by any milk. Probably, one dose of it didn’t hurt her dog. However, it seems like it’s not a good idea to make a habit of it.

Do you agree that Counting On Jill Dillard sounds a bit naive when it comes to rearing pets? Clearly, she means well, but perhaps she should chat with her veterinarian about its diet. Sound off in the comment below.

Remember to check back with us often for more news and updates about Jill Dillard and the family dog.