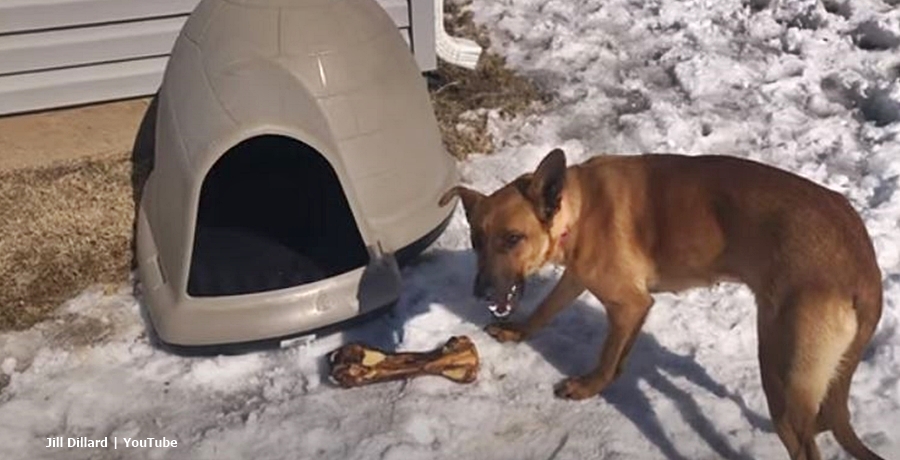 Jill Dillard and Derick took home a rescue dog. And the little pup’s become the focus of their YouTube channel. On March 6, Jill shared the third consecutive video about the new furry friend. Initially, they all fell in love with the pup when they saw it online. When they visited the shelter, the pup remained available and they discovered it’s a Belgian Shepherd Mix. Now she shared about the first night they took the dog home, and it didn’t go all that well.

Jill Dillard took the pup home, but it seemed anxious on the first night

We reported that when they visited the shelter, the Counting On alums hadn’t intended to take home a dog. In fact, they wandered off and looked at the cats. But the boys fell in love with the pup. So, they ended up adopting it and Israel promised his mom and dad, he’d help take care of it. In the first video that Jill shared, fans seemed very happy for the boys. Plus they liked that the pup got on so well with the family.

In a follow-up video that Jill Dillard shared, she revealed that they changed the dog’s name. The shelter had the dog’s name as Grendel. As the family drove home from the animal shelter, they discussed the name and decided they might change it later on. In the second video, the Duggar-Dillard family settled on the name of Fenna. And that sounds like a fun and friendly name. However, Fenna came along with some insecurities and seemed very anxious on the first night in the Dillard home.

How did Derick and his wife settle down the new rescue dog?

The title of Jill Dillard’s newest video read, “We Survived The First Night With The Dog…Barely!!” So, that’s a clear hint that things didn’t go as well as planned. Any strange new home must seem a bit unsettling for a pup. And even though Jill and Derick took care to introduce the pup to the sleeping crate, it stressed. Very sweetly, the video revealed that Jill sat next to it in the living area and made sure it felt safe and comfortable. However, the dog didn’t drift off to sleep.

In fact, Jill Dillard said that although the bed seemed comfortable, Fenna ripped up the bedding. Eventually, they ended up using an old towel as bedding. Plus, they took the dog out for potty time several times. And, they reassured it a lot. However, the Counting On alums still couldn’t get it to sleep. So as the dog seemed anxious, Jill and Derick moved it into their room. From the crate, the dog could still see what was going on, and feel reassured. Relieved, Jill said that she calmed right down.

However, by then it was very late. Actually, the time was after one in the morning and Fenna barked and cried a bit, as dogs do. Eventually, Jill Dillard prayed about it. Next, they turned on the bathroom light and put on some peaceful music. But at about only 3:00 am she settled down and started chewing on her bones.

Hopefully soon, the dog settles down quickly so Jill Dillard manages to get some sleep. Later, they visited the vet and the veterinarian seemed very encouraging.