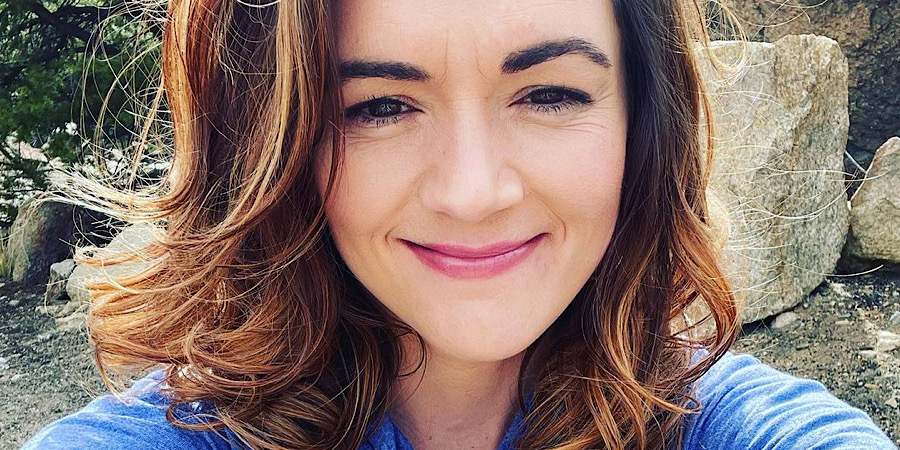 Dannielle Merrifield wants viewers to know there is more than what is seen on television. Last week, the Seeking Sister Wife star posted a photo from the show on her Instagram. Beneath it, she asked who was tuning in to the latest episode. She got varied responses. One follower shared they stopped watching once the abuse allegations came out against the Snowdens. Dannielle seemingly defended the family which did not sit well with her followers at all.

Since Dannielle Merrifield stepped onto screens in March, fans have felt horrible for her. She divorced her husband, Garrick so they could pursue a polygamist marriage. It never seemed like something she was completely into. However, he claims God led them to this life. They prayed on it a lot and eventually, she came to the realization it was right for their family.

Even when producers asked Garrick if he has forced her into this lifestyle, he has said no. It is hard to believe that when she is constantly crying and trying to rationalize what she is doing. She had a hard time seeing her husband with another woman. It broke her when she discovered Garrick and Bert were quickly intimate on their first night in Mexico. Mainly because they had just invited her to stay over in their room and now she felt like a third wheel.

Garrick seemingly never listened to how she felt but rather glazed over it. He and Bert made the decision to not get married. Instead, they will proceed with the babymaking process sans an approved visa as Bert is from Brazil. Dannielle has expressed her objections yet Garrick is moving forward. Fans have told her to leave him, they want better for her. Some clues might be pointing to a new man but others don’t think she can ever quit Garrick.

Behind-the-Scenes: More To The Story

There is always more to the story and no one will ever truly know what happens when cameras are not around. One thing is for sure- viewers do not like Garrick and they do not like the Snowdens. Most of them, that is. Back in April, Dimitri and Ashley were accused of domestic abuse by Christeline Petersen. Soon after, another former Snowden partner, Ariadne Joseph spoke with John Yates about the abuse she endured. Her story mirrored Chrissy’s.

Not long after, Dimitri filed for divorce from Chrissy. They had wed so she could stay in America with her new family. Still, more victims would come out and the Snowden exes would band together to create a GoFundMe for Chrissy. Despite all of this, when one follower told Dannielle they stopped watching SSW because of the Snowdens, she seemingly defended the family. She told them every person has a different side to their story. The side viewers see is so small so she wanted viewers to look at it from all aspects.

This did not get the best reaction. Fans had already seen the John Yates interview. They called the Snowdens “frauds” and “abusive.” However, one fan said they stopped watching the show because of the way Dannielle was being treated. Do you think Dannielle was right in defending her co-stars? Let us know in the comments and watch Seeking Sister Wife Mondays on TLC and discovery+.