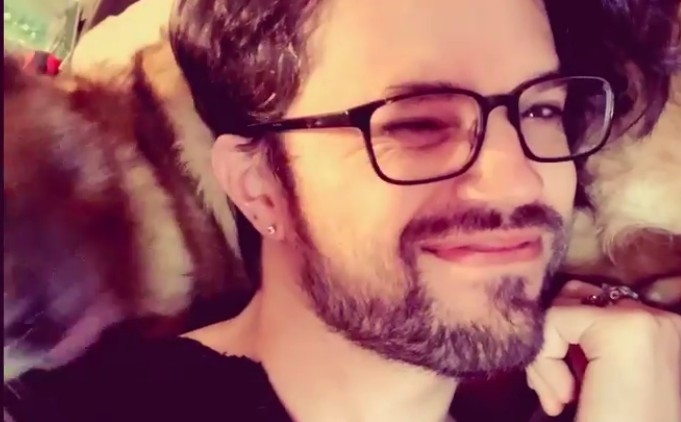 Sidian Jones was one of the top donors on Seeking Sister Wife star Christeline Petersen’s GoFundMe. Besides being generous, Sidian also celebrates being different and this includes one of his tattoos. He revealed his tattoo of an octopus on Instagram and explained why this is so important to him.

This week, Sidian Jones made a generous donation to fellow Seeking Sister Wife star, Christeline Petersen. He was one of the top donors to the GoFundMe page, giving a contribution of $135 to help the Snowden’s former sister wife to regain her life.

As fans of the TLC reality show know, Christeline has been through a terrible experience with the Snowdens. However, with Jones’ and other people’s generous donations, she will hopefully be able to start a new life.

Sidian Jones and the octopus

Seeking Sister Wife fans have often commented on Sidian’s tattoo and this week the TLC reality star explained its meaning. On the 38-year-old’s Instagram account, Sidian shared a close-up of his octopus tattoo. Not only is the tattoo a beautiful piece of art, but Jones also wanted his fans to know the meaning behind it and why it is important to him.

The image reveals Sidian posing with his hands clasped together and his tattoo of an octopus clearly visible on his right arm. In the caption to his post, Sidian explained that tattoos are a great source of meaning. To explain the tattoo, Jones said that he has felt connected to this animal for around 15 years. He went on to say he loves paradox and for him, the octopus is an “archetype of multiple paradox.”

Sidian writes that the octopus is powerful but graceful, alien yet beautiful, talented but reclusive, mysterious but inspirational, unique but effective.

Sidian loves to stand out

Continuing his caption, Sidian wrote that he dislikes being associated with what is commonplace or mediocre. He said he loves to stand out, carve his own path and prove new ways of doing things. For this reason, he turns to the octopus as a model of these qualities in his own personal mythology.

On his Linkedin profile, Sidian lists his occupation as Founder at MyMythos & MyMythos Kids. He also refers to himself as an author, singer, graphic designer and personal mythologist. Looking at his Instagram bio, Sidian wrote, “My passion is beliefs and empowering people through them.”

Heading to Sidian’s Facebook page, his profile describes him as an author at Rolling Thunder, a Personal Mythologist at MyMythos and the founder of Open Source Religion.

With all these titles, it is impressive that an octopus inspired him. However, one fan did ask Sidian on his post if he has watched the Netflix documentary series, My Octopus Teacher. While he hasn’t responded, that award-winning documentary did open people’s eyes to the fascinating octopus. In the series, viewers can find out about its unique relationship with a human.

Currently, Sidian and his wife, Tosha, are actively looking for a sister wife on the TLC show, Seeking Sister Wife, airing on TLC, Mondays at 8 pm ET.