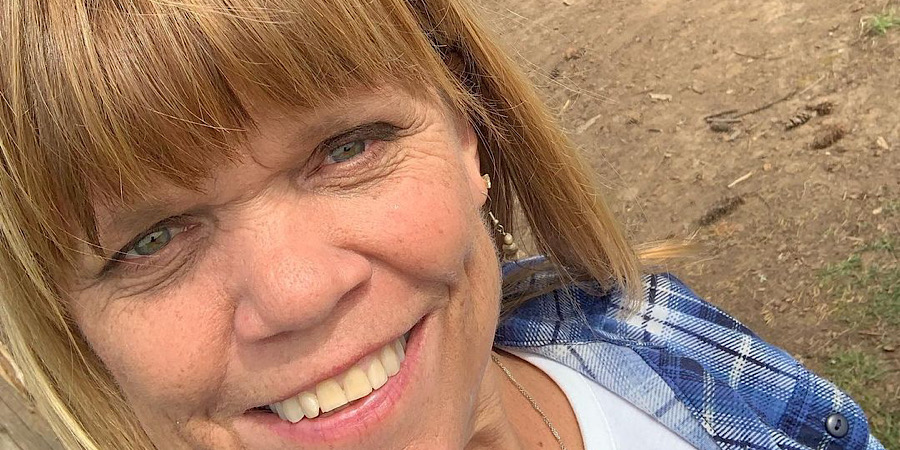 Nearly a year after Amy Roloff left the farm, her house is still not a home. The LPBW star has packed her new garage with boxes. Unfortunately, it does not stop there. Her mess flows into the home office and now her fiance, Chris says there is no room for him. She won’t even go through her mess but would rather purchase a storage unit. Could this push Chris away and should Amy seek help?

Fans have noticed Amy’s hoarding habits dating back to 2009. That was when the tweets became more noticeable. When Amy started her live cooking segments, she showed her passion for food. Yet, viewers noticed the unsanitary cooking conditions.

They noted her constantly licking her fingers, the equivalent of a chef touching their hair. She also had a wreck of a kitchen and her house was always untidy.

It was hard to focus on the dishes she was making when everything around her was such a disaster. In 2014, the hoarding tweets continued. One fan wrote: “Instead of working, I am googling: “Is Amy Roloff a hoarder?”  Yep.” When it was finally time for Amy to leave the Roloff family farm, it was clear she took her time. That or she had a lot to move. This caused some strain between ex-husband Matt and his girlfriend, Caryn. She watched the process during Season 21.

Once A Hoarder, Always A Hoarder

Caryn felt like she was in a plural relationship with Matt during the time Amy was moving out. Now, she is gone but her hoarding has gone with her. It has traveled into this new chapter of her life and she cannot be stopped. When she was confronted by viewers and fans about hoarding once, this was her response:

As it turns out, it went from one garage to another…and an office. Do you think she has a hoarding problem, especially when it is interfering with her relationship with Chris? Should Amy’s family and fiance insist on help? Let us know in the comments and watch new episodes of LPBW Tuesdays on TLC and discovery+.