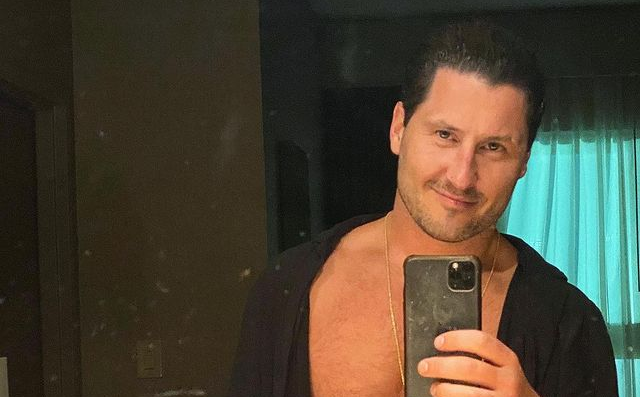 Maks and Val Chmerkovskiy are both powerhouses in the ballroom. But they too have dorky photos from their past. Val recently shared an adorable photo of the two brothers from back in the day on his Instagram page.

It’s hard to say exactly how old the photo is. However, it’s clear that Maks is probably a teen and Val is a child. The brothers are six years apart.

“Name a better glow up.. I’ll wait,” the 35-year-old dancer captioned the photo.

Fans immediately fell in love with the photo.

“I. Am. Dying. This is amazing,” commented one fan.

“Geez. That is a major glow-up. You turned into a very charming, articulate, compassionate man. I can’t think of a cuter sibling duo! That’s a very cute picture,” said another.

As adults, it’s hard to tell that there is an age difference between the brothers. Many fans said they felt shocked to realize Maks was once so much bigger than Val. But their love of dance definitely united them.

What are Maks and Val Chmerkovskiy up to these days?

Now that they’re adults, the Chmerkovskiy brothers are very good friends. The two even planned to go on tour together this year. Unfortunately, the COVID-19 pandemic threw a wrench into those plans. Maks and Val announced online they had no choice but to cancel their 2021 tour. Hopefully, things will be better next year.

Since the tour is officially cancelled, the Chmerkovskiys are working on other projects. ABC renewed Dancing With The Stars for Season 30. ABC has not announced a cast list yet, but each pro hopes they will have a chance to compete. As far as we know, Val and his wife Jenna Johnson are training for the fall.

Maks said in previous interviews that he has no current plans to ever return to Dancing With The Stars. However, his wife Peta Murgatroyd likely will.

This year, Maks competed on The Masked Dancer and finished in second place. He is excited to engage in other dancing endeavors but is finished with Dancing With The Stars.

“I’m a different man. I’m a changed person. If that new Maks is of value to the show in the form that I want to be a part of it, great. But I’m so excited about all the other opportunities and projects that I have going on. I don’t think about that show in particular,” the older Chmerkovskiy brother told HollywoodLife.

But if Val, Jenna, and Peta all compete this year, Maks will likely tune in to cheer on his family members. Each member of this famous dance family has won a Mirrorball Trophy at least one time.

To keep up with Maks and Val Chmerkovskiy, be sure to follow them on social media. They’re regularly updating fans about their antics.