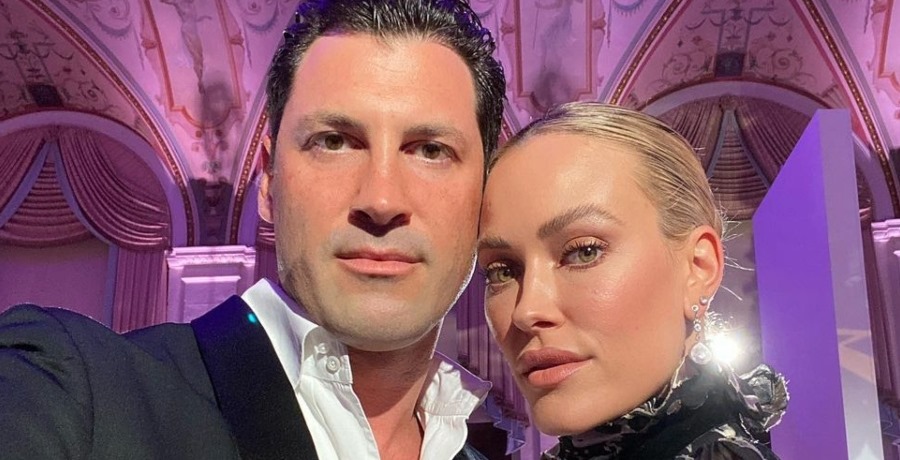 The Masked Dancer viewers recently got a treat when the finalists were unmasked. Dancing With The Stars alum Maksim Chmerkovskiy was in the sloth costume. He came in second place behind gymnast Gabby Douglas.

The dancer recently sat down with HollywoodLife to discuss his future endeavors. They asked the question many fans want to know — will Maks ever return to Dancing With The Stars?

“I’m a professional father, and I want to be that forever,” he told the publication. “Having said that, Dancing with the Stars and Maks, I think that we parted ways a long time ago. I think this show is going through a lot and has a lot to figure out to get back to what it was without having to deal with Maks. That’s why I’m not thinking about it, and I think that it also leads me to be free to do other things.”

As much as Maksim Chmerkovskiy loves dancing, he admitted DWTS came with a lot of stress back in the day. He’s really happy where he is in life right now.

“I’m a different man. I’m a changed person. If that new Maks is of value to the show in the form that I want to be a part of it, great. But I’m so excited about all the other opportunities and projects that I have going on. I don’t think about that show in particular.”

So no, Maks probably won’t return to the dance floor any time soon. Things change, but it sounds like the dancer is really satisfied with the situation at the moment.

Maksim Chmerkovskiy may no longer be interested in competing on Dancing With The Stars, but he’s happy to cheer on his family members. Maks is married to pro dancer Peta Murgatroyd. He’s also the older brother of pro dancer Val Chmerkovskiy, and brother-in-law to Val’s wife, pro dancer Jenna Johnson.

ABC hasn’t renewed Dancing With The Stars for Season 30 yet, but some fans believe Peta and Jenna will sit out this year. Both women reportedly have baby fever. Maks and Peta already have a 4-year-old son, but want to give him a sibling.

Jenna joked in previous interviews that she and Peta have a pregnancy pact. So if one of the women gets pregnant, the other may follow soon.

“I want kids,” Jenna said in one article with Us Weekly. “I want babies. Val wants babies very badly. We definitely have spoken about it. That’s our future. That’s what we want when that’s gonna happen.”

If you’re a fan of this talented family, get ready. It really seems like it’s going to grow in the future.

Even if Maksim Chmerkovskiy doesn’t have plans to return to Dancing With The Stars, his fans with him all the best. But what do you think? Are you secretly hoping he will change his mind? Let us know what you think in the comments.