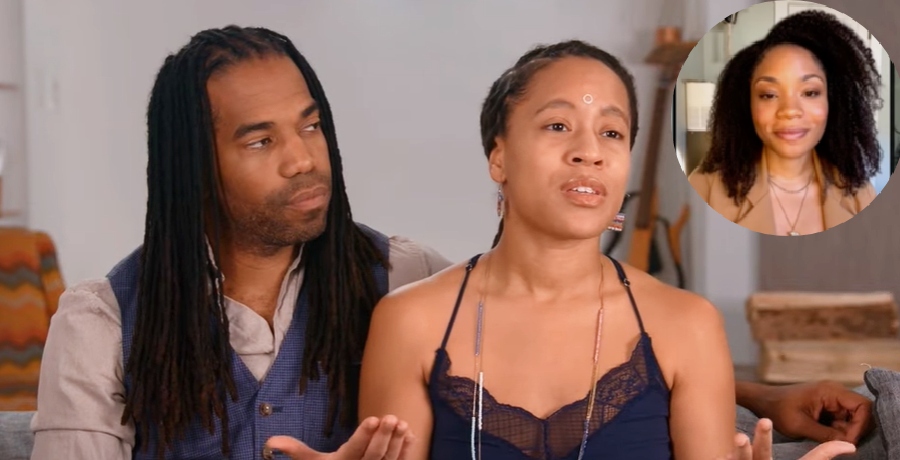 Ariadne Joseph brought receipts to back up claims of abuse from her exes Dimitri and Ashley Snowden. The actress released emails and texts from the Seeking Sister Wives stars as well as messages from Discovery, Inc. Discovery is the parent company of TLC. Despite a phone call with an executive at the company where Ariadne told the woman what happened to her, she said nothing ever happened.

As we reported, Seeking Sister Wives star Dimitri Snowden was allegedly abusing wife Christeline Peterson. They are courting her to be a wife on the show currently airing. Their former exes Tayler Middleton and Vanessa Cobbs both spoke out in support of those suffering domestic violence which fans took as support for Christeline. He has filed for divorce from Christeline Peterson this past week.

Ariadne Joseph not only said she suffered abuse from the couple, but that Dimitri is allegedly a felon. She claims he used a fake Social Security number according to Monsters and Critics. She stated he is a felon and shouldn’t buy or possess guns. Joseph said, “he still has Ashley purchasing guns for him. I actually have texts on that too.” According to Starcasm, Ariadne said Dimitri bent the laws and tried shipping guns from Cali to a different state She said, “when this goes to court… that man is going to jail.”

In a separate text shared she and Ashley are discussing Dimitri being unfaithful. She claimed Dimitri slept with his tax preparer. Ashley reportedly told her to stop contacting her. There are also allegedly social media posts from his tax preparers’ husband stating his kids were missing. According to Stargasm, he posted they were seen with their mother and Dimitri. Dimitri hasn’t made any statements concerning alleged abuse. Ashley posted on her Instagram addressing the drama. She said, “trust, every day it is real work not to match the energy that’s being targeted my way.” Ashley said she would remain true to herself, and stay positive.

Ariadne shared a message from Dimitri that said when she moved on from him he’d advise her on how to be a proper wife. He also said, “I can’t believe I punched through a one inch thick board.” According to Monsters, his other wife, Christeline Peterson said he often punches walls and yells.

Ariadne Joseph said the power of the NDAs the Snowdens had them sign is keeping the other wives quiet. She said after leaving the house she had to go through therapy because of the trauma. Fans criticize the women saying they wanted to be with Dimitri. Joseph said the show is edited for entertainment. A lot of it is scripted. What do you think about the drama? Comment with your thoughts down below.