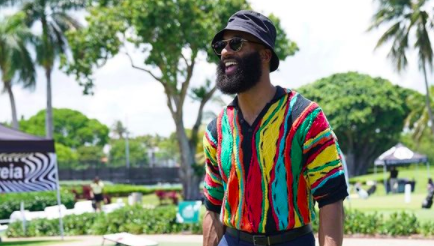 Bachelor alum Matt James and Rachael Kirkconnell seem to have made a full relationship comeback. The stars are snuggling up in the sand together in Miami.

Matt and Rachael really hit it off during their time on The Bachelor. They ended up together in the end and everyone thought they were the ‘it’ couple of the show. However, things swiftly changed when things about Rachael’s past came out.

In 2018 Rachael had attended an antebellum theme party essentially celebrating the south. Most know that the south in this time period was a very dark time for Black people as it was a time of slavery and oppression. However, photos came out of Rachael dressed up, celebrating the party.

Needless to say, Matt did not like this and ended things for a while. It seemed the couple was done for good. After the Final Rose, they struggled to even sit next to each other. Now, things are changing though and it seems the couple is dating once more.

Matt was spotted in Miami a few days ago E! says. He sported a bright red tight zipper top with lime green swim shorts. He is still proudly wearing his beard for all to see.

That’s not all though, he has his arm around someone. Who is that someone? Rachael of course. She is wearing a leopard swim top with black shorts. Her hair is pulled up into a messy bun and she is looking at her phone.

This isn’t the first time the couple has displayed a bit of PDA. They also were seen holding hands in New York. It really seems like the couple has been traveling together quite a bit.

Only time will tell if Matt and Rachael are able to really get past their differences. However, by the looks of how snuggly they are – they seem to be doing a good job so far. In the meantime, fans of the couple will just have to keep looking for updates. It will likely be a long time before either of them makes anything official on social media. They do have a lot of history, after all.

Do you think Matt James and Rachael Kirkonnell make a good couple? Let us know in the comment below. Come back to TV Shows Ace for more news on all of your favorite reality TV stars.