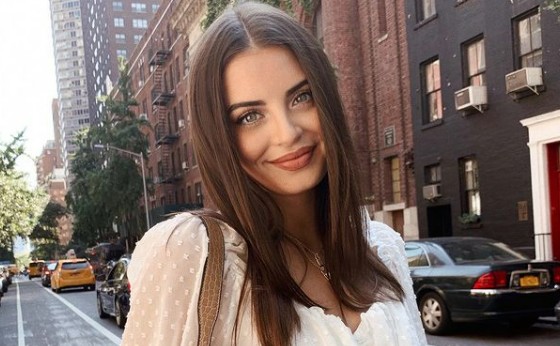 Tons of controversy is surrounding the entire Bachelor franchise. The cries for diversity have been ongoing. Change appeared to be occurring and the show was trying to move forward in the right direction. However, during Matt James historic season as the first Black male lead, more controversy erupted. Contestant and front-runner Rachael Kirkconnell was called out for past racist actions. Since then, even more has happened. Host Chris Harrison is also under fire for his outspoken interview with former Bachelorette Rachel Lindsay. His future with the franchise remains uncertain. Rachael herself finally spoke out on February 11 about the accusations against her. Tonight, she spoke out again regarding the situation. Find out what she had to say.

Rachael Kirkconnell speaks out for a second time

Tonight, Rachael went to Instagram to share more on how she’s feeling and what’s she’s thinking. In the seven-minute video, Rachael is seen sitting on the floor beside her bed. Rachael said she’s done sitting around waiting to speak out. She said, “I’m done hiding.” So why has it taken her so long to speak again? Rachael admits she was scared people would think she was just saying the things she is as a performance. She felt concerned viewers wouldn’t take her seriously and know that she sincerely wants to change for the better.

Rachael thanked everyone for their messages. Some fans sent her valuable advice to help educate her. Others wrote her believing she did nothing wrong. And yet others wrote her nothing but hate messages. And, she had a message for those who have been defending her. Rachael asked that those leaving messages and comments defending her and saying she did nothing wrong to please stop. She is owning her past actions and wants to be held accountable for the past that caused many to be hurt and offended.

She also said that nobody has the right to tell someone what should offend them and what shouldn’t. Rachael also said this situation has perhaps been a blessing in disguise. She wants to grow and invites followers to come along with her on her journey to anti-racism. She doesn’t believe she deserves the platform she’s been gifted but vows to use it for good moving forward.

Rachael Kirkconnell has spoken for the first time since everything has happened. Her 7 min video is up on her IG feed right now https://t.co/aN0RbhbMgy

On her Instagram Stories, Rachael shared resources for followers to also get educated and move away from racism. She believes everyone must have difficult conversations in order to grow and be united. Some of those resources are below. Rachael vows she will be talking about everything again soon. Fans have not heard the last from her.

On her post Rachael captioned her video saying, “moving forward I will utilize my platform to amplify voices that are extremely knowledgeable in these subjects. please go to my story for IG handles, links to explain my offenses, and my link in bio for more resources which I will continue to add to. please look into these platforms and sources, this is the first step for change.”

in the video she did not mention Matt James, Rachel Lindsay or Chris Harrison. What do you think of Rachael’s latest post? 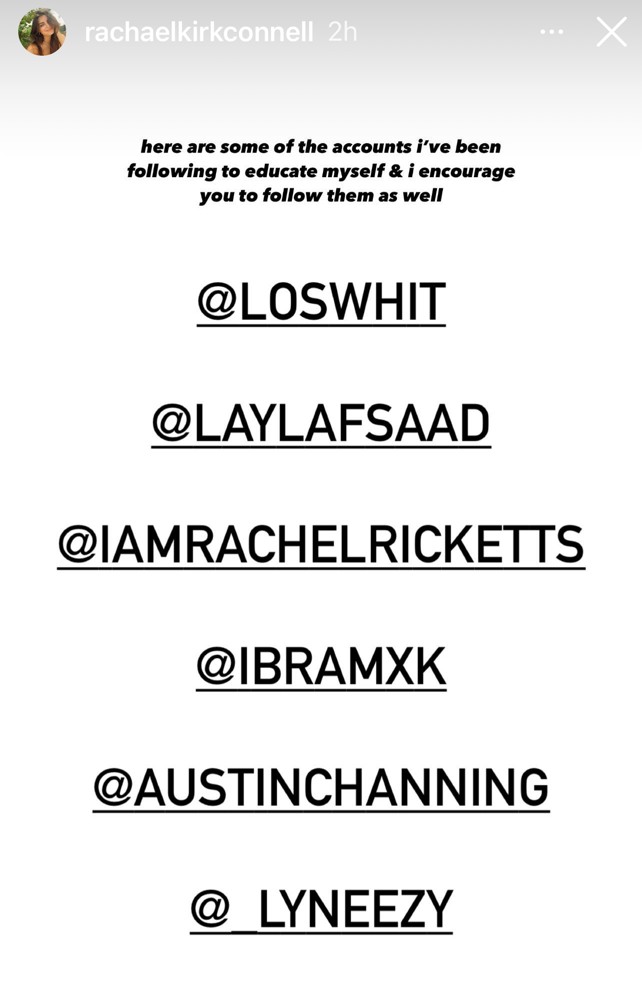 Cassie Randolph Shocked By Colton Underwood Reveal, What Does She Think?
‘Bridgerton’ Lands Two More Seasons at Netflix
Wait, What? New Details About A Duggar-Bates Courtship Leaked
Who Is ‘When Calls The Heart’ Star Kevin McGarry’s Real-Life Love?
The Duggar Family Might Be Hiding Another Engagement Or Two