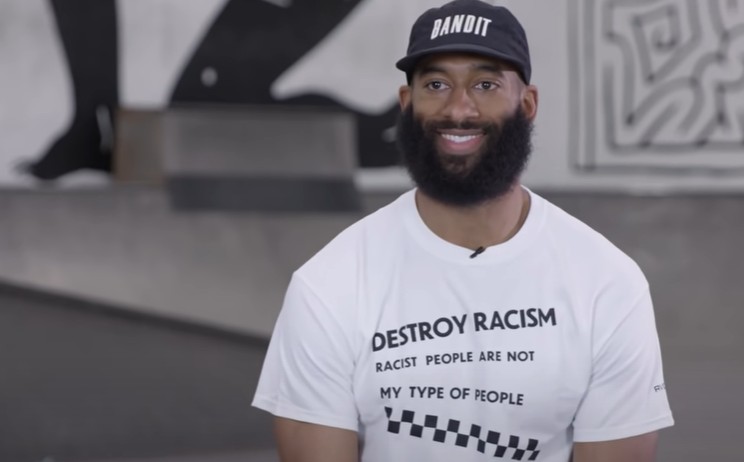 Former Bachelor Matt James and final rose winner Rachael Kirkconnell have been on-again, off-again since the finale. Recently, it seemed things were over for good when Rachael learned of another woman Matt tried to hook up with. However, the two were seen together in California last week sparking reconciliation rumors. Now, Matt and Rachael were spotted together in New York. Plus, it appears Matt wasn’t afraid of a little PDA.

It appears Matt James and Rachael Kirkconnell are taking baby steps in their relationship. Previous reports have indicated Matt is focused on fixing his relationship with Rachael. Their troubled journey started when accusations of racism surfaced about Rachael. However, it seems he must believe she is putting in the work to become educated and change her way of thinking.

Today, TMZ shared photos of Matt and Rachael in New York. They are walking in public and Matt is showing a little PDA. It’s not a lot but fans are looking for anything to indicate these two are together. Matt is seen walking with his arm around Rachael’s waist in Manhattan’s Lower East Side. So, it looks like these two are definitely working on things.

Along with photos of Matt with his arm around Rachael, sources also said they were holding hands at one point. It appears Matt is still trying to keep a low profile, sometimes hiding behind hoodies. However, it seems they are moving past their issues and trying to enjoy their love. Rachael indicated previously she never stopped loving Matt. He obviously couldn’t get past his feelings for her as well.

Time will tell if Matt and Rachael can make their relationship work long term. The couple has a lot to work through, along with being in the public eye. It certainly seems they are slowly working their way back into the public world.

In the meantime, Matt is getting back into fitness. He’s training and working on running again. Perhaps Rachael will start training with him. Matt recently dished how important fitness is to him. He’s teamed up with Dick’s Sporting Goods to encourage people to get outdoors and run.