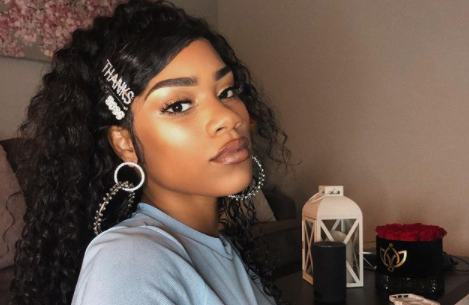 Despite being a new girl in the latest season of Teen Mom 2, Ashley Jones is shining just as bright as the cast’s other stars. The reality mom is celebrating some huge milestones this week! Read on to find out what this former Young and Pregnant star has been up to.

Fans of Young and Pregnant will now have to tune into an additional program if they want to continue to follow Ashley’s storyline.  The 24-year-old mom recently made her debut on Teen Mom 2, leaving her castmates at Y&P behind. Ashley joined the Teen Mom 2 cast with their recent season premiere earlier this month. She is stepping in to replace the hole in the cast left by former Teen Mom, Chelsea Houska who announced that she was leaving the show back in 2020.

Why did Ashley decide to leave her former spot on Young and Pregnant? Well, according to her, she was no longer feeling connected to the show or to her castmates. The Sun reported back in April that she had fully intended for her entire reality career to start and end with Y&P. The celeb says that she didn’t plan to make a move, although it had been offered to her before. In an Instagram post published to Ashley’s account back in April, she told fans that after the last Young and Pregnant reunion, she knew jumping ship was the right move for her.

“After the last reunion and a few other situations played out, I no longer feel that connection or need to hold on. So when the opportunity presented itself this time around, I took it,” she posted to fans in an Instagram story.

This young mom has been super busy as of late. Not only has she been filming for Teen Mom 2, Ashley just recently announced that she is officially a college graduate! In a series of social media posts published over the weekend, Jones showed off some snaps from her post-grad photo shoot. In one of the photos, she struck a very scholarly pose, wearing a uniform shirt, patterned sweater vest, and a black mini-skirt. She paired the ensemble with sheer, black kneehighs, and ankle strap chunky heels and topped off the look with her salmon-colored graduation cap.

In the other two photos, the celeb shared, she is donning a huge smile and throwing handfuls of confetti in the air, clearly in celebration of her huge accomplishments.

Upon graduation, Jones earned an ‘Associates of Science’ degree. This makes her one of only a few MTV reality moms to obtain a full-curriculum college degree.

What’s Next For Ashley Jones?

In addition to a new spot on Teen Mom 2 and her freshly earned college degree, Ashley has plans to tie the knot with a longtime on and off again boyfriend, Bariki Smith. In a recent episode, fans got to share in the excitement Bar proposing to Ashley on national television.  This is Ashley and Bar’s third attempt at settling down, the pair called off their previous engagement in 2019.

Over the next few years, the couple remained single. They did, however, continue to co-parent and maintain a civil relationship for the sake of their daughter, Holly. It wasn’t long however before the duo rekindled their romance. Currently, the two are planning a third go at tying the knot.

Not Everyone Is Celebrating With Her

Unfortunately, not everyone is celebrating along with her. Many hardcore Teen Mom 2 fans are not happy about Ashley’s addition to the show.  Some of Ashley’s followers have accused her of taking the job for the money. This teen mom, however, says this is not the case. Fans also aren’t too fond of her marrying Bariki. Viewers tend to see him as a limelight mooch. Viewers and followers have on multiple occasions, referred to as a ‘scrub’ and a ‘bum.’

In response to Ashley’s Instagram post explaining her departure from Y&P, one fan commented, ‘Special connection with what? Making less money?’ Another encouraged her to ‘chase the paper’ as hard as she can because ‘Lord knows Bar will never work.”

While many fans haven’t been accepting of the move, Ashley currently seems to be a current staple in the series. Only time will tell if MTV viewers will warm up to Ashley.

Do you love MTV reality as much as we do? Stay tuned to TV Shows Ace for all the latest details on your favorite Teen Mom 2 cast members.