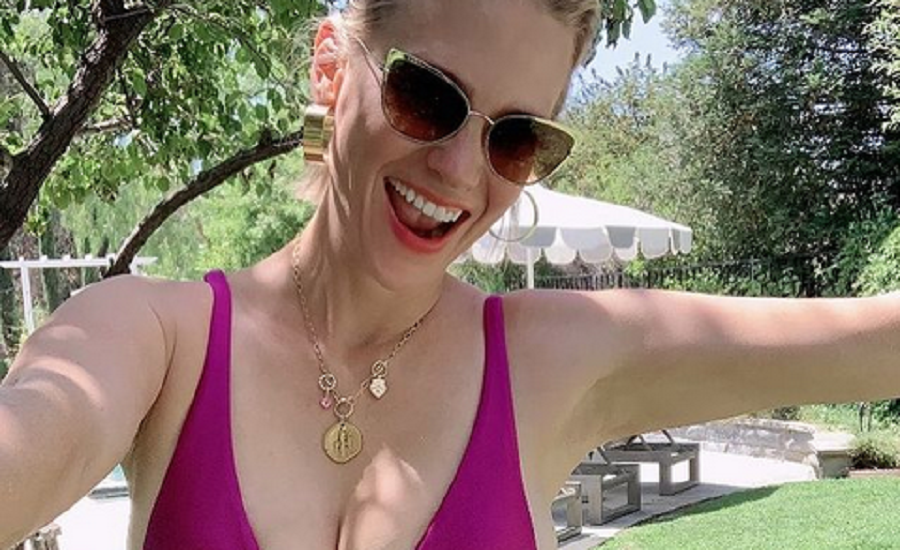 Recently, January Jones clapped back at tabloids over her “desperate” bikini photos. The Mad Men alum slammed the National Enquirer for running a fake story. Previously, she learned that the tabloid was planning to run a story about her bikini photos on Instagram. The tabloid claimed that January’s photos are a “desperate” attempt for attention.

She got more attention on Instagram amid the pandemic. It helps that she posts bikini photos. But she does more than just that. She also posts some hilarious videos from home. January joked that the National Enquirer just exposed her “secret.”

Even Bachelor alum Nick Viall got in on the fun.

January Jones claps back at tabloid

On Tuesday, December 8, January Jones shared a screenshot of an email she received from her representatives. They received a letter from the National Enquirer. The magazine was “preparing to publish a story which reports January Jones has worried friends with her series of attention-grabbing bikini pictures and social media posts,” reads the email. “Sources claim her content smacks of a ‘desperate cry for attention’ and note how her acting work appears to have dried up before [the] pandemic took hold.”

According to the email, January’s reps had to respond by Wednesday, December 5. So, she decided to respond to them herself. January wrote in the caption: “S***. They’ve discovered my secret. Consider this my public apology to my ‘friends.'” Then, she followed up with a photo of herself in a bikini and her middle finger in clear view.

“Had to do it,” January wrote, adding the hashtag “Desperate.”

January Jones has been spending most of her time in quarantine. She decided to have some fun on Instagram with her bikini selfies and flirtatious Instagram Stories. The beauty made it clear that she’s unbothered by the tabloid story. Several celebrities showed their support for January’s steamy photos, via Comments by Celebs.

Bachelor alum Nick Viall wrote: “Sounds like they are mad you’re doing Instagram right.” He once dated the star back in 2018.

She’s best known for playing Betty Draper on Mad Men and Emma Frost in the X-Men movies. January also started in Spinning Out and The Politician. However, she’s become known more for the content she provides on Instagram. Her followers love her sense of humor and down to earth personality.