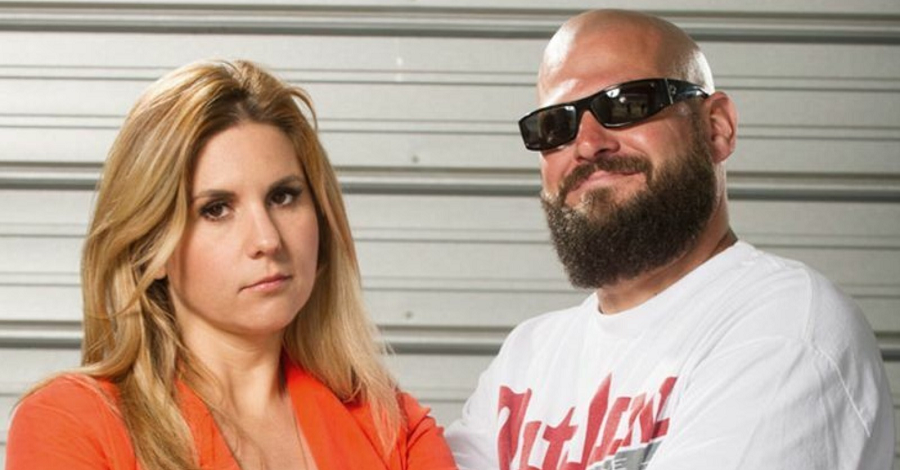 News recently broke that Jarrod Schulz from Storage Wars has been charged with allegedly roughing up Brandi Passante. Despite being broke up, both Jarrod and Brandi appeared on the Season 13 Premiere of the A&E series.

This was a pretty big deal for fans who have all sorts of questions about why the couple split up. Noticeably, the duo have a pretty toxic relationship despite sharing two children together. Neither Jarrod nor Brandi had pleasant things to say to each other during the Storage Wars Season 13 Premiere. Furthermore, Jarrod purposely continued to bid on any locker Brandi wanted just so she couldn’t have it — even if he didn’t want it.

Turns out the tidbits of the toxic relationship fans saw on screen does extend to behind the scenes. And, it looks like Jarrod Schulz is in some legal trouble after allegedly roughing up Brandi Passante.

News recently broke via TMZ that Jarrod Schulz is facing criminal charges after allegedly roughing up Brandi Passante. According to the outlet, Jarrod denies the charges against him stating that he never placed his hands on Brandi. But, it doesn’t sound like anyone is buying his side of the store.

According to law enforcement speaking to TMZ, Brandi Passante was spending time at a bar in Orange County with a few friends. It was April 30th. Jarrod Schulz showed up at the same bar. Sources say things got tense. Brandi and Jarrod got into a pretty heated conversation. This resulted in Brandi telling Jarrod he needed to leave. Unfortunately, it doesn’t sound like he resounded very well to being told to go away.

Instead of going away, things just got more intense. Allegedly, Jarrod shoved Brandi Passante. In fact, sources claim he shoved her more than one time. He also yelled at her and her friends. By the time cops were called, Jarrod took Brandi’s advice and split.

He insists it never happened, authorities don’t believe him

Cops caught up with Jarrod Schulz a few days later. He adamantly denied shoving Brandi. The Orange County D.A.s Office doesn’t appear to believe his side of the story. He’s now officially been charged with a misdemeanor. One count of domestic violence battery.

Brandi Passante and Jarrod Schulz have been a part of all 13 seasons of Storage Wars. They acquired the nickname “The Young Guns” because they were the youngest main cast members. When Season 13 premiered, Brandi Passante confirmed on camera — for the first time — she and Jarrod were no longer together. For those who follow the individuals on social media, this wasn’t exactly new information. He had not been a part of her Instagram in a long time. Fans suspected the couple was no longer together. Their split was also confirmed by Brandi before Season 13 premiered.

TMZ attempted to reach out to Jarrod Schulz for a comment regarding what he’s been charged with. They received no response. Stick with us at TV Shows Ace for the latest Storage Wars news.