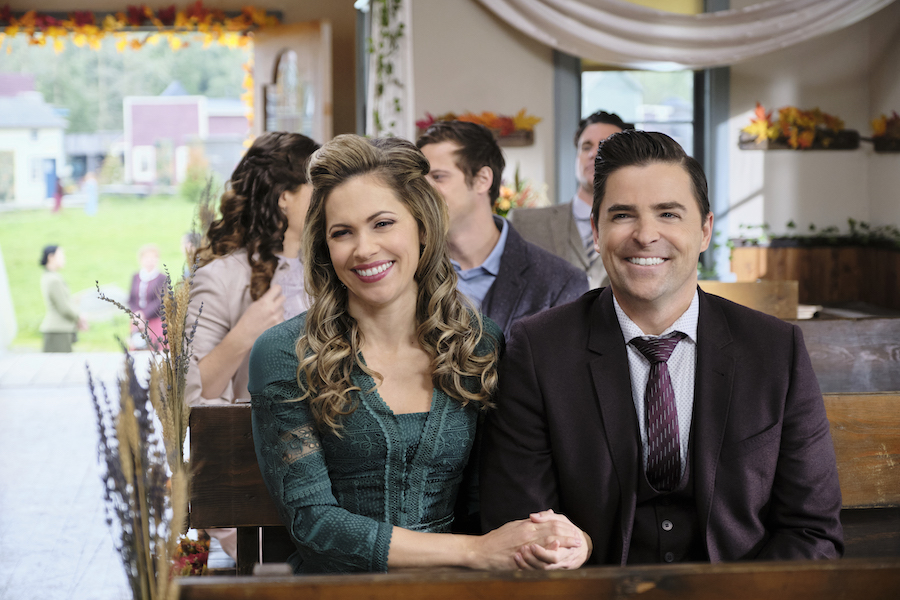 Hearties were quite disappointed that Rosemary (Pascale Hutton) and Leland (Kavan Smith) didn’t start a family in When Calls The Heart Season 8. However, in a post-season interview with the two actors, there turns out to be more than one reason why this hasn’t happened. Yet.

What is the story?

Why Didn’t Rosemary, Lee Start Family In When Calls The Heart Season 8?

In When Calls The Heart Season 8, Hearties were invested in more than the big love triangle. Many wanted to see Rosemary and Leland Coulter finally become parents.

Recently, ET spoke to the actors, Pascale Hutton and Kavan Smith, about Season 8. Immediately, the discussion went to why the Coulters didn’t start a family yet. The two actors insist that they have not “dropped the ball.”

Unfortunately, the main reason was the worldwide pandemic. They did not have as many children on set due to Covid restrictions. Therefore, it was just not a great time to bring in twin child actors for the Coulters.

Kavan explained that it is a challenge to have kids on a normal basis. But, during the worldwide coronavirus pandemic, it has been very difficult.

Would The Coulters Have A Baby, Or Adopt On When Calls The Heart?

One of the big themes in When Calls The Heart is adoption. Part of the discussion is whether Rosemary and Lee would adopt or have a baby. Pascale thinks it would be “hilarious” for Rosemary to be pregnant. She would be all dramatic with the baby clothes shopping.

But, this is Hope Valley, and adopting a child is giving that orphan hope. Would the Coulters consider adopting? Both Pascale and Kavan are torn between both options. Both are wonderful.

However, Kavan did point out a logistical nightmare for the production team. That is because with baby Jack they have had some delays. The Taylor twins, Lincoln and Gunner are like any toddler. They have meltdowns and they need naps. Now double it with a Coulter baby. That would mean figuring out production with two sets of twins. That is a lot of uncertainty!

When asked about the idea of Rosemary and Elizabeth both being pregnant at the same time, it would be a fun story. However, this would be a bigger production issue.

Although this is an obstacle, Kavan and Pascale both want to see their characters be parents together. Maybe in WCTH Season 9? It is just that the situation is a bit complicated. But, the two actors promise they will keep pressing for their family to expand.

When Calls The Heart fans will want to be on the lookout. Kavan Smith and Pascale Hutton are in a new Hallmark movie called You Had Me At Aloha. This movie premieres on Saturday, June 5, at 9 p.m. Eastern, on the Hallmark Channel.

Lisa Rinna Struggled To Support Amelia Hamlin And Scott Disick
Does Lisa Rinna Regret How She Treated Denise Richards?
Kim Kardashian’s Daughter North’s Shocking Dark New Style
Khloe Kardashian, Not Good Enough To Get Invited To The Met
Lori Loughlin One Step Closer To Returning To ‘When Calls The Heart’