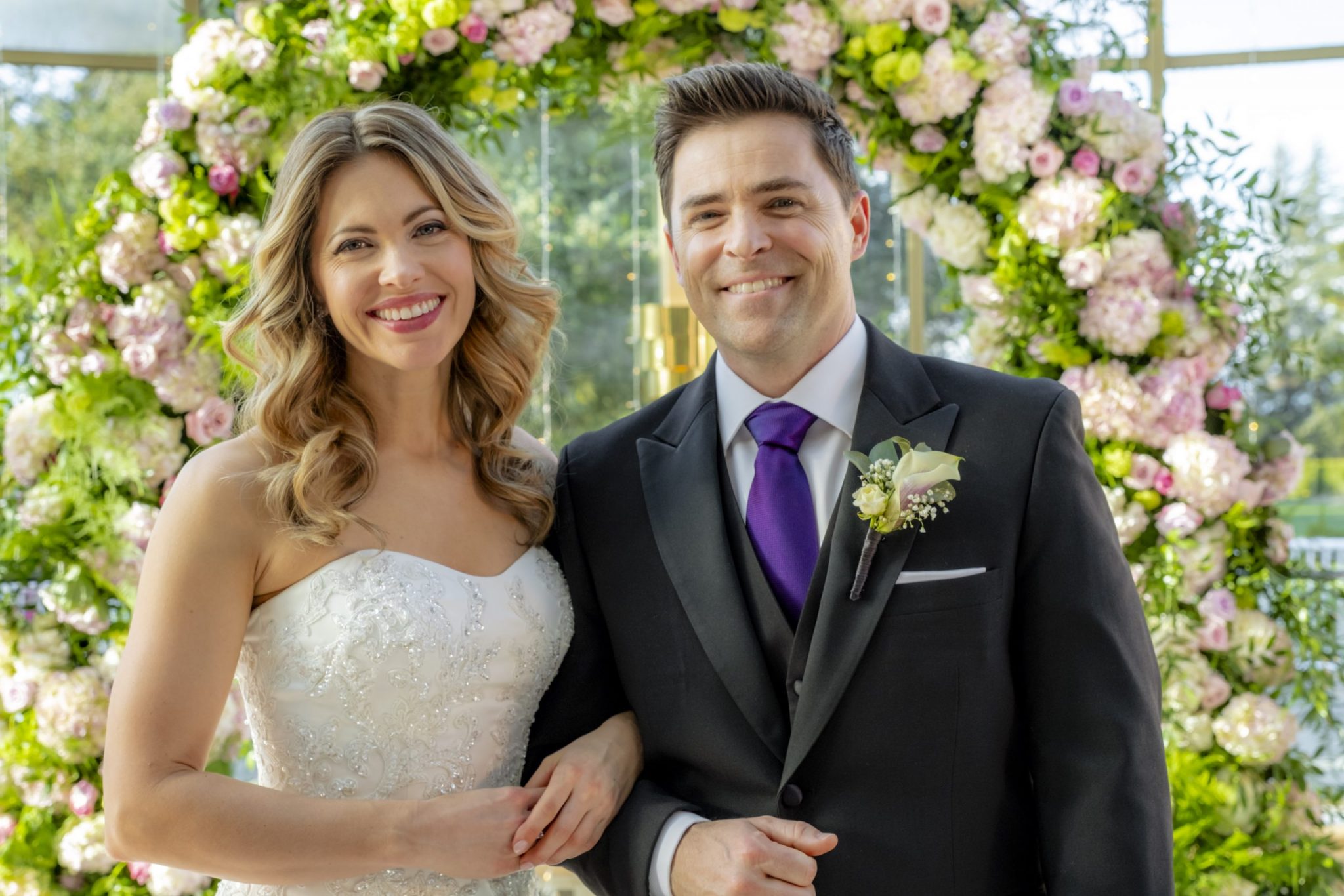 When Calls The Heart Stars Make It A Date!

On Saturday, July 4, When Calls The Heart lovebirds Rosemary and Leland, better known as Pascale Hutton and Kavan Smith, will appear on Hallmark’s “Make It A Date” night. That is because Hallmark is airing their movie, The Perfect Bride: Wedding Bells.

According to Instagram, the onscreen couple will also be checking in with Home & Family’s Debbie Matenopoulos and Cameron Mathison from their own homes when the movie airs! There will certainly be stories and a whole lot of laughs!

It should be noted that although both actors are at home and in quarantine, they will soon be acting together. When Calls The Heart Season 8 begins production in Canada on July 20, 2020. That is in a few weeks!

Did you hear, #Hearties? @kavansmith and @phutton are joining @hallmarkchannel for a very special #MakeItADate night this Saturday at 9/8c as they re-air The Perfect Bride: Wedding Bells! #Saturday #HallmarkChannel

What Is The Perfect Bride: Wedding Bells About?

In this Hallmark movie, Molly (Hutton) is a former marriage counselor who is now a fitness instructor. She runs a very tough Bridal Bootcamp. Molly gets each bride-to-be in shape physically and mentally for their big day. As upbeat as Molly is, she has a skeleton in her closet: An unused bridal gown. This gown is a metaphor for inability to move forward in a new relationship. But, Molly is not about to admit to this. Her sister Lisa (Leanne Lapp) wants her to meet someone and be happy like her. She is getting married in six weeks. She found the perfect guy and the perfect dress. Now, Lisa wants Molly to be happy.

Molly wants to attend a client’s wedding and has her boss take over her spin class. Her boss will do it, but needs a favor from her. He asks if she will take in one more Bridal Bootcamp student as a favor. Deal.

At the wedding, Molly meets Nick (Smith), a wedding photographer. They laugh, he can’t dance, she thinks she met someone. He seems to seal the deal, when he suggests that they work together to build their businesses. Nick suggests coffee. She thinks this means a lot more than just work. In a classic Hallmark move, they obviously have read each other wrong.

So, when she sees Nick at the gym for her bootcamp, she is all aflutter. That is until she meets Nick’s fiancée, Jenna (Anna Van Hooft). Jenna is competitive. Crazy competitive, taking that whole Bridezilla thing up a few notches. Turns out, Nick never even proposed. Jenna announced the engagement at her sister’s wedding. She wants to show everyone that she is better than even her sis!

Jenna also has plans for Nick. She wants him to give up his dream and work for daddy. Will Nick find his guts in order to find his heart? Will Molly overcome her past and learn to love again?

Your friendship is one of the true gifts in my life! Thank you for the teasing, the ribs, the laughter, the venting, the creativity, and the hard hitting honesty- thank you for it all! Happy Birthday Kavan!!

Hallmark’s Pascale Hutton And Kavan Smith Best Pals Now, But Not In The Beginning

There is no denying, this Hallmark couple has a lot of on-screen magic. A couple of years ago, Pascale Hutton told TV Junkies that the reason that she and Kavan have so much on-screen magic is that the two “make each other laugh.” Whether they are shooting a scene or they are waiting to film, the two are always laughing it up. But, the two didn’t start out so happy.

According to Country Living, who reported on the pair’s appearance on Hallmark’s Home & Family, their first scene together was a battle. She went off script and tried to shove a spoonful of food into his mouth, because she thought it would be funny. He wasn’t so keen on this move. After a day of takes, they eventually both found themselves laughing. Now they compete to see who can get the other to laugh.

Not my most charming moment. She doesn’t seem to notice one bit.

Don’t forget to catch When Calls The Heart stars Pascale Hutton and Kavan Smith on The Perfect Bride: Wedding Bells. It airs on Saturday, July 4 at 9 p.m. Eastern. The encore showings are on Friday, July 31 at 2 p.m., and Wednesday, August 19 at 8 p.m., on the Hallmark Channel.