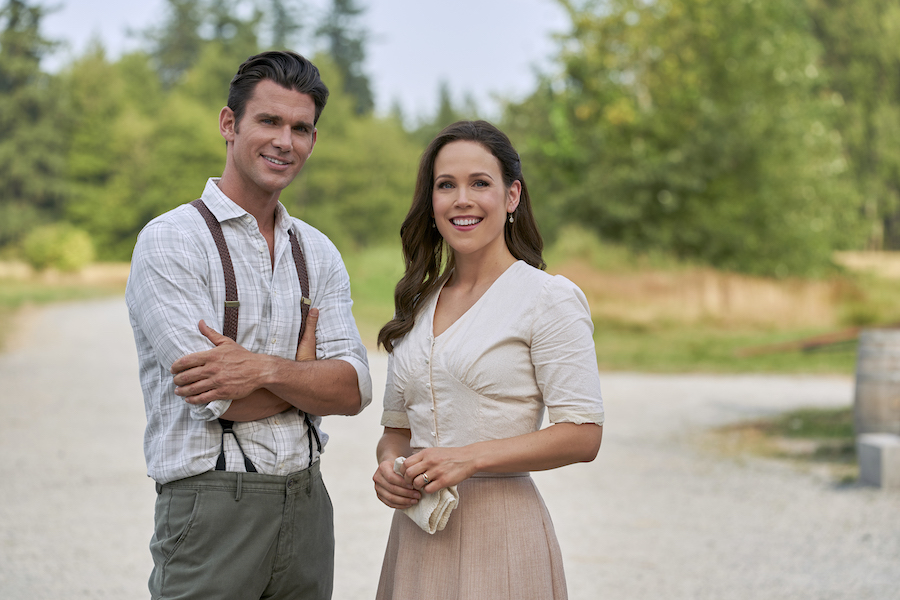 Hearties who were on #TeamNathan are still in an uproar over Elizabeth’s decision. However, many are now hoping that the two When Calls The Heart actors become co-stars in an upcoming Hallmark movie.

What are fans saying?

Now that it has been a few days for When Calls The Heart fans, particularly #TeamNathan to recover from Elizabeth’s decision, they are starting to get creative about what they want Hallmark to do next.

One of those things is to have actors Kevin McGarry and Erin Krakow, the actors who play Nathan and Elizabeth, star in their own Hallmark romance. Whether it be a Fall Harvest movie or Countdown To Christmas, fans do not care. They just want to see their dream couple act in a movie where they wind up together.

One fan wrote on Twitter, “Asking for a friend.. can @erinkrakow and @kevin_mcGarry do a @hallmarkchannel movie together #hearties.” Another fan wrote, “I just want to see Kevin in any movie, he is a terrific actor and person. I love listening to his podcasts and his friendly attitude.”

THIS is the epic love story…this beautiful family. We didn’t even get a scene w/ N/A or E/A in the finale. Where are the hallmark values?! Instead a forced, wasted scene w/ N/Faith. So many amazing stories could’ve come from this full-circle love story. #TeamNathan pic.twitter.com/p7ZkSPhWYb

How about taking this up a notch. How about a Hallmark movie with a song? One fan reminded Hearties, “I want to know if they are still going to do a duet? Kevin pretty much said they would! They have rehearsed!”

What is all of this about a duet? There was originally going to be a When Calls The Heart Christmas movie for 2020. However, due to the issues with filming during Covid, they had to nix this idea.

Moreover, it turns out that Erin and her brother had written at least one song for this WCTH Christmas movie. Sounds like Kevin was going to do a duet with Erin. How fun would it have been to see Nathan and Elizabeth sing together?

Asking for a friend.. can @erinkrakow and @kevin_mcGarry do a @hallmarkchannel movie together #hearties pic.twitter.com/Pz5Z9E8sMv

No matter what social media platform you are checking, Hearties, specifically Team Nathan, is pretty upset with Hallmark for having Elizabeth choose Lucas over Mountie Nathan.

The most common complaint is that the original story was about Elizabeth and a Mountie. But, that Mountie, Jack Thornton, died, when Daniel Lissing chose to leave the show. When Season 6 began, two new men were brought in as potential suitors for the newly widowed schoolteacher.

Since then, Hearties have split off into two. There is Team Nathan and Team Lucas. Even the actors Kevin McGarry and Chris McNally have joked about the rivalry. But in the end, she chose the saloon owner who pushed her to become the best she could be.

Meanwhile, Team Nathan fans have declared that they are leaving the show. Ronda Rich, who is showrunner, John Tinker’s wife, asked fans to not leave the show. She knows her husband and assures fans that the guy who loses out will get a great storyline on When Calls The Heart next season. ‘

But, perhaps Hallmark can do something even better. They could pair up Erin Krakow with Kevin McGarry for a new romantic movie.