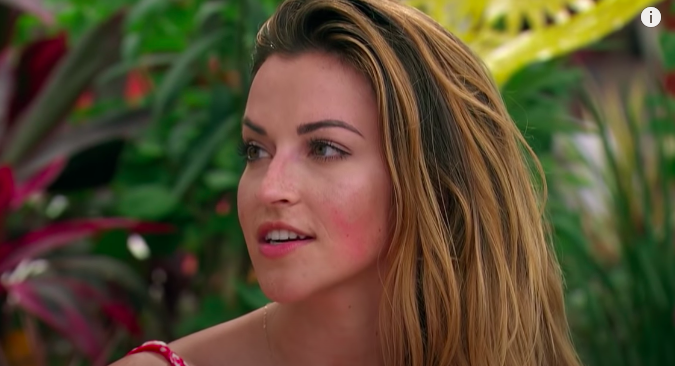 Bachelor in Paradise is finally airing this summer after an entire year off. Of course, fans are wondering who will return to Paradise. One fan asked Tia Booth if she plans on returning to the beach.

Tia was a contestant on Season 22 of The Bachelor where she tried to win the heart of Arie Luyendyk Jr. After that though, it was revealed she was actually an ex of Bachelorette contestant, Colton Underwood. Colton and Tia had some unresolved things to work through and both of them ended up on Bachelor in Paradise.

They ultimately decided they didn’t want to be together. Since then though, fans have been wondering if Tia would ever come back to Bachelor in Paradise. After all, she has been single for a while.

Recently, on her Instagram, Tia Booth put a question box for her fans to fill out. One mentioned Paradise.

“Are you going to do BIP again,” they write in the box.

Tia shared a photo of herself and Colton in Paradise with a bit of a funny comment. “Well….,” she writes with a laughing face before tagging Colton Underwood.

This is an especially interesting time for Tia since Colton did just come out as gay.

She continues by saying “The thought of being in the public eye again is truly terrifying. What do you think?”

Tia has a valid point. Once she’s on TV again everyone will be in her business. Not to mention, this is a very interesting time for Bachelor Nation as Chris Harrison has stepped aside for a bit and the whole franchise is being ridiculed.

If Tia goes off that alone then she should definitely be finding her way down to Bachelor in Paradise.

For now, fans have The Bachelorette to look forward to. In fact, the first look was just released. Honestly, it looks like it will be a good season. All of them seem to be trying as hard as they can to win over Katie Thurston on night one. Even if that means bringing a blow-up doll.

It will be interesting to see how Katie reacts to that one!

Do you want Bachelor in Paradise Tia Booth to return? Let us know if you like her and think she needs another chance in the comments below. Come back to TV Shows Ace for more news on all of your favorite Bachelor Nation stars.