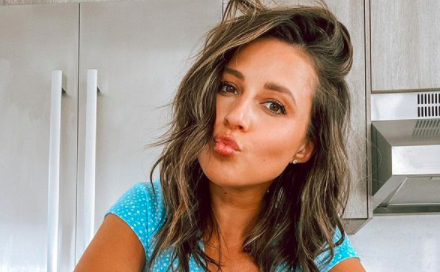 The Bachelorette first look is out and it already looks like it will be a wild season. The first thing everyone is noticing though? The blow-up doll.

Already, it looks like the men have a wide variety of things they are doing to win Katie over. One is even dressed like a cat, after all, who doesn’t love a little kitty?

Another man can be seen walking into the mansion with a blowup doll. Now, Katie did have a very sexually positive season of The Bachelor, but it still seems like this may be a weird thing for him to bring in. It seems that the other men agree as the promo quickly cuts to the men having a toast.

“Cheers to not being that guy,” the men say during their toast.

Katie actually commented on the post but it seems like overall she has a sunny outlook on the situation.

Will anyone be watching?

There are still several people angry that Chris Harrison will not be a part of this season. Because of that, they have decided they will not be watching. Some are even speaking to that in the promo comments.

One person writes: “I am excited! If you aren’t watching because Chris Harrison isn’t hosting, we don’t care so don’t even comment!”

Another says they weren’t going to watch after last season, but the new promo has them pretty excited.

“Was honestly going to give up on this show after last season but I Stan for Katie! Can’t wait,” they write on the post.

This season may just end up being a turning point for Bachelor Nation. Especially if it goes well without Chris Harrison.

Are you going to watch the new season of The Bachelorette? What did you think of the Bachelorette first look? Let us know in the comments below. Come back to TV Shows Ace for more news on all of your favorite Bachelor Nation stars.