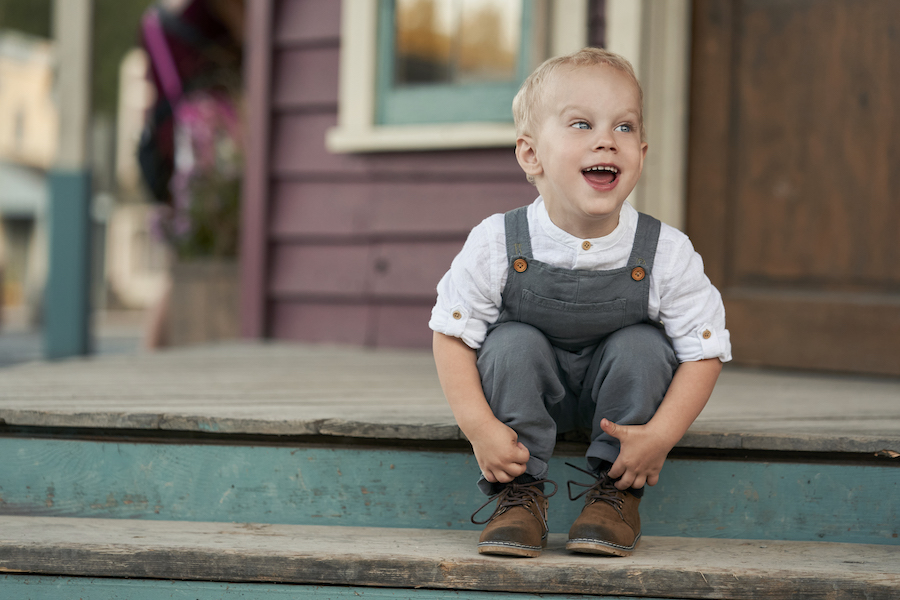 Throughout most of When Calls The Heart Season 8, Hearties have wondered why Lucas and Baby Jack didn’t spend much time together. Even the actors brought that out.

Turns out, there was a scene where Elizabeth, Lucas, and Baby Jack were together. Moreover, it sounds like it was quite adorable.

But, it was deleted.

When Calls The Heart Deleted Scene With Lucas, Baby Jack

Hearties have been concerned that Lucas and Baby Jack have not spent much time together on When Calls The Heart Season 8. Turns out, there was a deleted scene where the two were together. John Tinker, who was on a recent Facebook Live with his wife Ronda Rich, discussed the scene.

Promising that this deleted scene would be in the upcoming DVD set, Tinker described the scene. “Little Jack was in town with his mom” He added that “Lee and Rosemary returned.” Tinker then shared that the young boy was pulling around a toy dog on a string that was “yea big.” Tinker’s gestures showed that this was a tiny toy pup.

Turns out, this small dog was “actually a gift from Lucas.”  Tinker then continued, “When he returned, Lucas gave that dog to Little Jack and he said to Elizabeth… a little toy dog on wheels… And he said, ‘Every boy needs a dog.’”

This scene sounds quite sweet. It is too bad it did not air, but it will be something to look forward to. However, the lack of scenes between Jack and Lucas has concerned many people. That includes the actors.

Why Do Lucas, Jack Rarely Meet On When Calls The Heart?

Observant Hearties have noticed that Nathan has spent a lot of time with Baby Jack on When Calls The Heart. On the other hand, Lucas has not. Is this a hint that Elizabeth will not be choosing Lucas? Turns out, the reason that the two have not acted in many scenes together is quite logical.

John Tinker, the show’s new showrunner, went on Facebook Live with Ronda Rich. There, he addressed these serious questions about Lucas not in many scenes with Baby Jack. Hearties are not the only ones that were concerned. Even Erin Krakow and Chris McNally brought up the lack of time that Lucas spent with Baby Jack. They realized that if their characters were a couple, there would be some time with her son. Elizabeth would hardly pick a man that her son could not bond with.

Why would Jack and Lucas not spend more time together?

Turns out, it has nothing to do with the characters, but the current Covid situation. John Tinker explained what the situation was.

“The COVID restrictions really limited our use of the Taylor twins… But there was some things like that that escaped my attention… Chris McNally and Erin Krakow brought it to my attention, for instance… They helped me realize, Lucas has never been in Erin’s rowhouse. Perhaps appropriately. He’s simply a suitor and he’s not seeing in. But yes, in short, it did limit us.”

Well today was 🥜…
plus it’s #NationalCuddleDay, so here’s a sleepy Little Jack to warm your hearts. pic.twitter.com/jEbeUCo5T2

When Is The Final WCTH Episode?

The When Calls The Heart Season 8 finale episode airs on Sunday, May 9, at 9 p.m. Eastern, on the Hallmark Channel. Please note, this episode is so jam-packed that it is supersized. That means it will last over an hour.