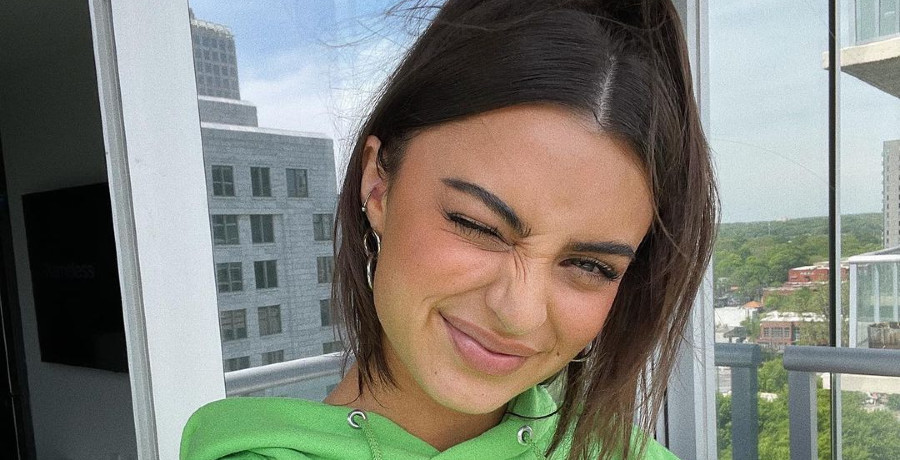 Is Rachael Kirkconnell giving Matt James another chance? New photos raise questions about the status of their relationship. The photos come mere weeks after another woman claimed Matt James tried to hook up with her while seeing Kirkconnell.

Matt James Broke Up With Rachael Kirkconnell in February…. Or Did He?

In March, viewers watched as Matt James gave Rachael Kirkconnell his final rose. While things seemed happy on-screen, rumors had been circulating since February that they were no longer together.

Matt James confirmed that during the After the Final Rose special that aired on March 15. Controversial photos of Kirkconnell attending an “Old South”-themed party had surfaced in January.

As James told ATFR host Emmanuel Acho, he didn’t want to believe it at first, but then reality set in. In the aftermath of the photo scandal, Matt James had ended things with Rachael Kirkconnell… or so he said.

A source told Us Weekly earlier this month that James and Kirkconnell have “been communicating this whole time.”

They even spent some time together in NYC before another scandal blew up. Allegations came out that Matt James was two-timing Rachael Kirkconnell.

Another Woman Alleges Former Bachelor Tried to Hook Up With Her

Just when it seemed that Kirkconnell and James were on the cusp of getting back together, more drama went down. A woman named Grace contacted blogger Reality Steve with shocking allegations against Matt James. In an Instagram Live, she alleged that James was trying to hook up with her days before spending time with Kirkconnell.

Neither Matt James or Rachael Kirkconnell spoke out publicly about the allegations. But it seems the rumors didn’t stop a potential reunion.

While Rachael Kirkconnell was in NYC, she hung out with some of the women she met on the show. Despite bullying issues early in the season, many of the contestants from Season 25 remain friends.

New photos show Rachael Kirkconnell spending time with Matt James in California. Reality Steve shared the photo on his social media. He wrote that Kirkconnell and James have been together “all week.”

Rachael has been with Matt all week In CA. This is from earlier today at lunch at Bear Flag Fish Co in Newport Beach. pic.twitter.com/pibFxr0Vy3

It’s not clear if they are working on their relationship or just hanging out as friends. Do you think there’s hope for a romantic relationship between the two?

Let us know your thoughts in the comments below. Make sure to join us on Facebook to keep up with the latest Bachelor Nation news.