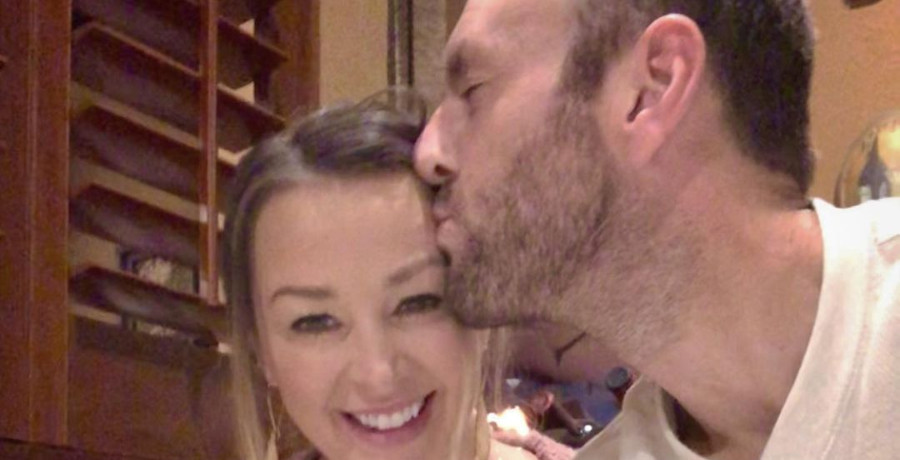 Did Doug Hehner cheat on Jamie Otis? She consults a psychic for the answer.

Jamie Otis keeps it real with her social media followers. The reality show veteran believes in transparency with all aspects of her life – including her marriage.  In a recent Instagram post, she did a deep-dive into why she thought her husband might be cheating on her. She revealed that she was so worried that she asked a psychic for help.

Jamie Otis is no stranger to looking for love on reality TV. She was a contestant on Season 16 of The Bachelor. Otis did not find love with Ben Flajnik. From there, she moved on to Married At First Sight. Her marriage to Doug Hehner is one of the lasting success stories from reality TV romances.

The couple just celebrated their seventh wedding anniversary. And it seems Jamie Otis is worried about the so-called “seven-year-itch” that sometimes happens in marriages.

In a revealing Instagram post, she shared things people have said about her marriage that sparked her fears.

Why She Thought Husband Was Cheating

Jamie Otis is all about body positivity. She often posts photos of her postpartum body. She also compares her body now to what it was when she first began her reality TV journey.

After the birth of the couple’s second child, they struggled with intimacy. They told People magazine that they hadn’t been intimate in four months, which turned into nine months.

Their inactivity garnered a lot of negative comments aimed at Jamie Otis. She shared some of them:

She revealed that her miscarriage made her wary of being intimate for a period of time. While her husband was understanding, she couldn’t help but wonder. A few questionable situations happened in their marriage that only increased her doubt.

“My husband spends 4 hours food shopping, when he worked he’d come home as late as 10pm saying he was “busy at the office,” and one time he told me he followed a random person from a convenient store back to their house to “charge his phone” bc he got lost & needed directions..all this & more piled up in my head.”

She “began to wonder” if he was seeing someone else on the side.⁣

A recent podcast host presented the opportunity for answers. A psychic was the guest on their Hot Marriage, Cool Parents podcast.

What Did Psychic Reveal?

Otis teased the conversation with the psychic hoping listeners would flock to the podcast for the answer. But several comments to the post gave away the psychic’s findings.

You can listen to the podcast here if you want to hear the conversation in detail.

In a later post to her social media, Jamie Otis shared that she went on a scuba diving date with her husband. She shared cute photos from the date, undecided on her favorite one. Of the pictures, she wrote, “I can’t decide which pic is my fav – 1) my husband is hawwttt!!🔥 2) we have a perfect kiss💋 3)the way he is looking at me☺️ …maybe the last one?😍”

Do you think Jamie Otis has reason to think Doug Hehner is cheating on her? Share your thoughts in the comments below.