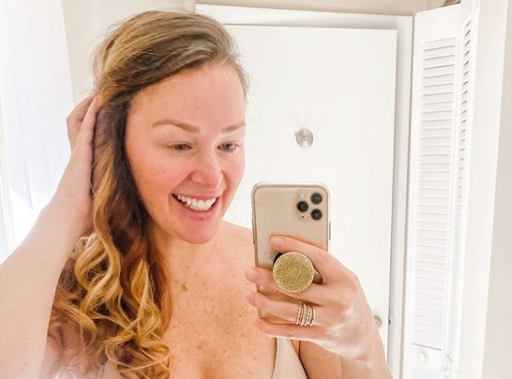 Jamie Otis is a natural beauty, but yesterday she bravely posted a raw, unfiltered photo of herself and told a very personal story about a time she was body-shamed. This story is very simple. Jamie was preparing for a show when a co-host made fun of the “granny bra” she was wearing. Otis was six months pregnant at the time and she and her husband, Doug Hehner were saving money for a new home. So, she had not purchased new lingerie to accommodate the pregnancy changes to her body. Otis was “so embarrassed” and soon left the dressing room “mortified”. Jamie said that she despised her bra at the time, but looking back three and a half years later she now loves that bra. 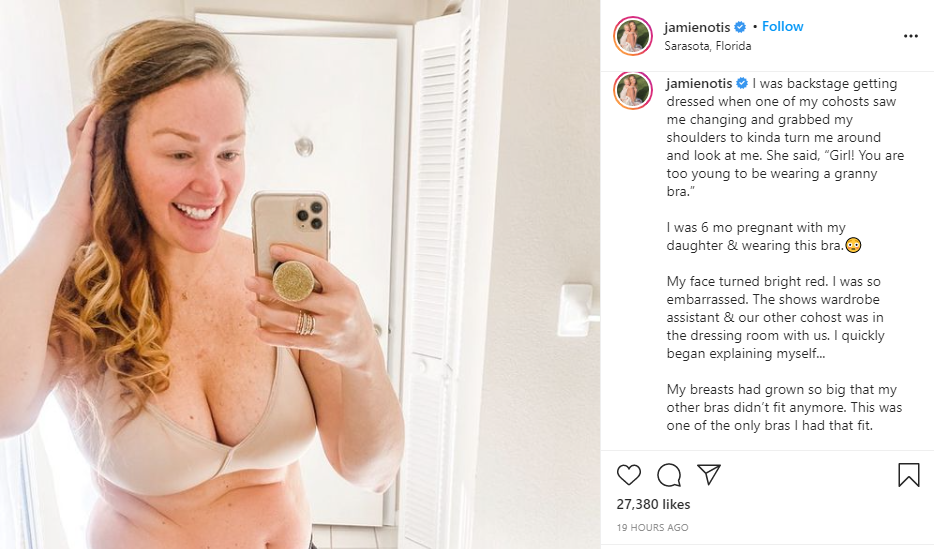 “I literally despised this bra after her comment but I’ve grown to love it! Now I can afford new bras & I have lots of different styles, but I keep going back to this “granny” bra [because] it is so dang comfy!”

Jamie Otis had a difficult childhood. Her mother had a drug addiction, so she grew up on welfare in trailer parks. Jamie wrote on Instagram, “People thought I’d ‘amount to nothing’ but I proved ‘em all wrong”. And she truly has proved them all wrong by creating a life for herself and her family that is extraordinary. Jamie’s rise began as a contestant on Season sixteen of The Bachelor in 2012. Although she did not when Jamie did compete in the spin-off show Bachelor Pad. After her loss on BP, she received one last opportunity in reality television when she was chosen to be featured on Married at First Sight in 2014. The show creators partnered Jamie with Doug Hehner. And the creators must have known something because Jamie and Doug were a perfect match! 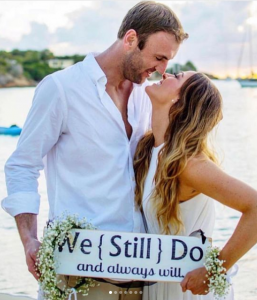 The couple chose to stay married after the show ended and they have been together since. Jamie has also added host to her resume as she has been hosting Married at First Sight: Unfiltered since 2016. She also hosting on-air shows. Jamie also adds acting, authorship, and business ownership to her continuously growing repertoire. Her confidence has grown as she has achieved success after success and as her family grown.

Jamie and Doug share four children. Unfortunately, Jamie miscarried her first and third child. But she has a beautiful daughter Henley Grace and 2020 brought Jamie and Doug their son Hendrix. 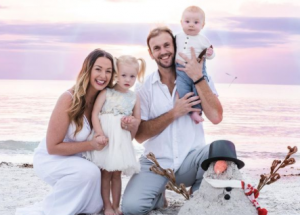 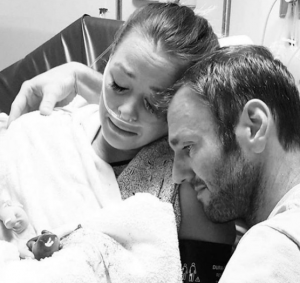 Pregnancy takes its toll on a body and Jamie is celebrating those changes with her post. She spoke about how she has no fear of being completely raw in her Instagram posts. Jamie models her “granny bra” and she is proud of herself. ”The whole reason I was standing in front of the mirror in this “granny” bra is bc I’ve been trying to truly LOVE my postpartum bod. The rolls, the stretch marks, the ‘muffin top’ – all of it!” 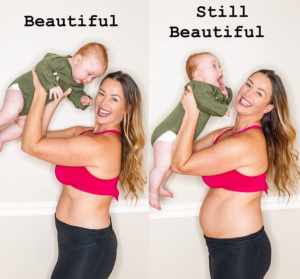 Jamie describes her self-love and explains how she is thankful for her body and why. “One way I work on being body positive is by thanking my body. I stare at myself like this in the mirror and thank my body for all it’s done for me.” Jamie is grateful to her body for the miracle of her children and she is unashamed to show it off.