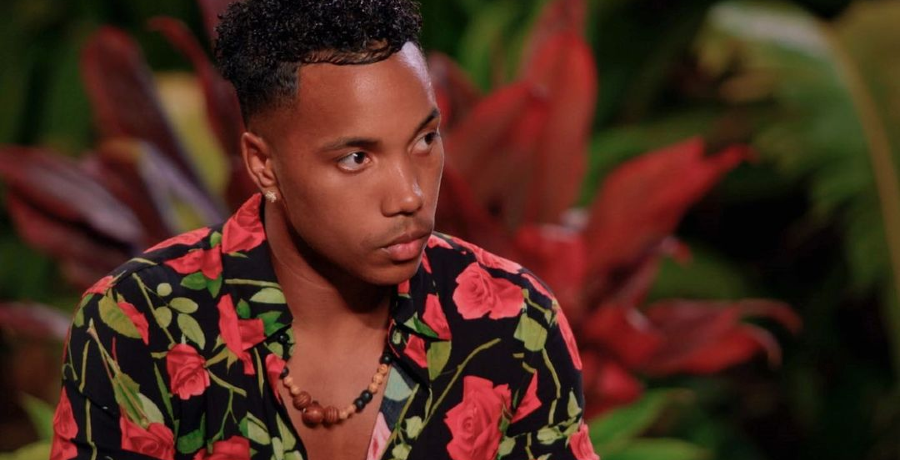 Temptation Island dropped a surprise season finale two-parter. On Tuesday night, April 20, the USA Network show aired Part 1. Fans will have to wait next week to see what happens with Kendal Kirkland and Erica Washington. The latter part of the episode showed the couple speaking together for the first time at the bonfire.

Shortly after the episode aired, Kendal held a live chat on Instagram. He stuck around for 50 minutes to answer rapid-fire questions from fans of the show. Of course, there were many trolls in the chat and on the live video sessions. He joked that some people were trying to get him “canceled.”

During the chat, Kendal claimed that he’s a changed man and he learned from his mistakes.

Kendal chatted with Temptation Island fans live on Instagram. He was joined by friends who listened to his 50-minute session. Kendal invited fans to ask him questions live on video with him. Throughout the chat, he repeatedly admitted that he made mistakes and that he’s a changed man.

As for his emotionless stature, Kendal admitted that he was nervous and there was so much going on. He couldn’t process so much at once that his emotions didn’t come off well. The entrepreneur said that he should’ve also expressed himself better. He feels that he could’ve learned more from his experience and used the time to better himself as a man.

Kendal was the one who wanted to join the show. He felt that it would’ve helped his relationship with Erica. While he wouldn’t share details, he did hint that Temptation Island Season 3 was filmed sometime last year. The whole season lasted 50 days, which did not affect his work schedule.

Speaking of work, Kendal brought up his real estate license. He responded to a troll who claimed he had a “birdbrain” and said that he a lot of education. Another fan asked him if the coronavirus pandemic affected his businesses. Kendal claimed that it’s done nothing but improve it, and he wants to show other people how to make money in the pandemic.

Kendal Kirkland is not the guy fans saw on TV

There were certain questions that the Temptation Island star couldn’t answer. For example, he couldn’t confirm if he was single, but he did reveal that he’s on good terms with Nickole. Kendal claims to be a “one-woman type of a guy” and said his longest relationship lasted “around four years.”

Also, the 26-year-old would not answer if the show portrayed him in a negative light. But he claims that the guy viewers see on TV is not really the guy he is. Another fan asked if he and Erica went on the show for fame, and he put that rumor to rest. He told fans not to believe the blogs and conspiracy theories out there.

He would never have a foursome, even if the opportunity presented itself. According to Kendal, he doesn’t enjoy partaking in sexual activities with multiple women. It was an unfortunate experience for him. He says that they “got too lit” all the time due thanks to alcohol.

Some fans wanted to know how is he so chill. Kendal denied smoking marijuana or getting Botox injections. Maybe it’s his businesses that keep him focused.

As for the bonfire, fans haven’t seen the entire conversation. Kendal said he grew and changed from the experience. He appreciates the “love” as well as the “hate” because he’s a changed person. One thing he would’ve changed is that he would’ve explored different avenues. The reality star told fans to keep watching to see what happens at the final bonfires and reunion show.

At times, the trolling got so out of hand that Kendal had to kick people out and demanded that people need to ask more thought-provoking questions. The television personality teased that there will be more Instagram lives in the near future.