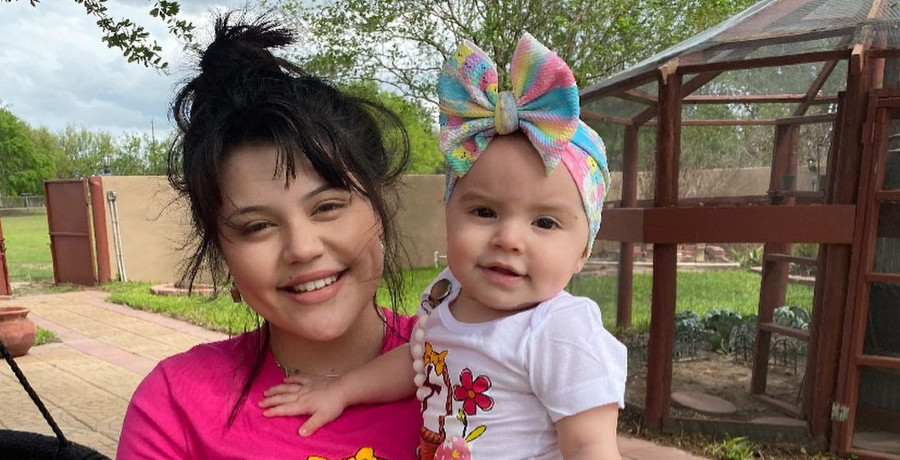 Myrka Cantu has been open about her disdain for appearing on reality TV. She’s currently starring on TLC’s Unexpected, but it seems it was more than she bargained for. Despite her issues with production, she has formed connections with her devoted followers on Instagram.

She said something shocking in her latest Q&A. She called out the network for being “lowkey racist.” Myrka Cantu also revealed why she no longer films her boyfriend, Ethan Ybarra, on her Instagram Live.

Myrka Cantu is a refreshingly honest reality star. She pulls no punches and speaks her mind. She gave viewers an up-close look at the struggles teen moms face, including a rift with her mother.

Cantu is just as upfront on social media as she is on the show. She often holds Q&A sessions with her fans. And it seems that very few topics are off-limits. Cantu has shared about being on birth control and her postpartum depression. One topic she won’t go into detail about (yet) is her falling out with her boyfriend’s mother, Michelle Ybarra.

Myrka Cantu does plan to share the details of the alleged feud, but not until the rest of Season 4 plays out on-screen.

In a recent Q&A session, a fan shared one of their favorite things about the show. They said that they “loved” the music the network airs during Myrka Cantu’s scenes. The reality star shocked her followers by commenting that the music is “lowkey racist.”

She answered a follow-up question from a fan, explaining why she finds the music choice borderline racist. Myrka Cantu said that the show “tried to look for a Hispanic song” to play over her scenes.

“Lowkey racist” or not, she’s “not a fan” of the choice in music.

Why She Won’t Show Ethan on IG Live Anymore

Unexpected fans adore Myrka Cantu’s relationship with her boyfriend and baby daddy, Ethan Ybarra. She constantly fields questions about whether they are still together or not. They are, but she doesn’t show him on her social media much.

Because fans comment on Ybarra’s physical appearance. She said that they “make fun of” his weight gain.

Another fan rudely told Mykra Cantu during the Q&A that she’s gained weight. But the reality star brushed it off. She also pointed out that depression can cause weight gain.

Her followers often clamor for Cantu to go ‘Live’ during her Q&A sessions. She usually does. But now her fans know why Ethan Ybarra doesn’t often appear in her ‘Live’ videos.

Do you agree with Myrka Cantu that TLC’s choice of music is “lowkey racist”? What do you think about her followers body-shaming her boyfriend? Share your thoughts in the comments below.

‘The Witcher’ Season 2: Premiere Date, Plenty Of ‘Man Flesh,’ But No Bath Tub
Lindsie Chrisley Implies Todd Chrisley Stirs Drama, Lies For Views?
Paris Hilton Joining ‘RHOBH’ Would Be ‘Hunky Dory’ With Fans, But Will She? Kathy Spills All
How Many Episodes Are In ‘When Calls The Heart’ Season 9?
Derek Hough Reflects On His Long History With ‘Dancing With The Stars’