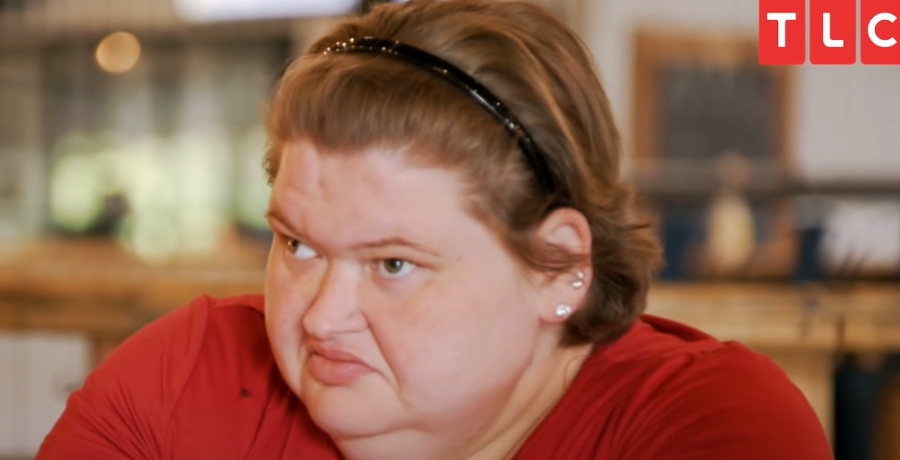 It is no secret Amy Halterman and her husband Michael want another baby again, so it wouldn’t be too shocking to learn she was pregnant. But, her recent Instagram activity have some 1000-Lb. Sisters fans thinking the couple might already be expecting. Could little Gage have a baby brother or sister on the way?

Amy Halterman put her post baby body on display recently by sharing a series of photos in a polka dot bikini. We learned she was taking her son Gage swimming for the first time. The TLC personality was all smiles in the photos as she proudly put tons of skin on display. Fans loved seeing her ooze both happiness and confidence. They were proud she was enjoying her life.

Now, we know what you are thinking… What does any of this have to do with fans thinking Amy Halterman might be pregnant again? Keep reading.

She calls attention to her weight loss

As we previously reported, Amy Halterman posted side-by-side photos comparing her weight loss progress. It was this comparison, however, that had some fans thinking she might be pregnant again. 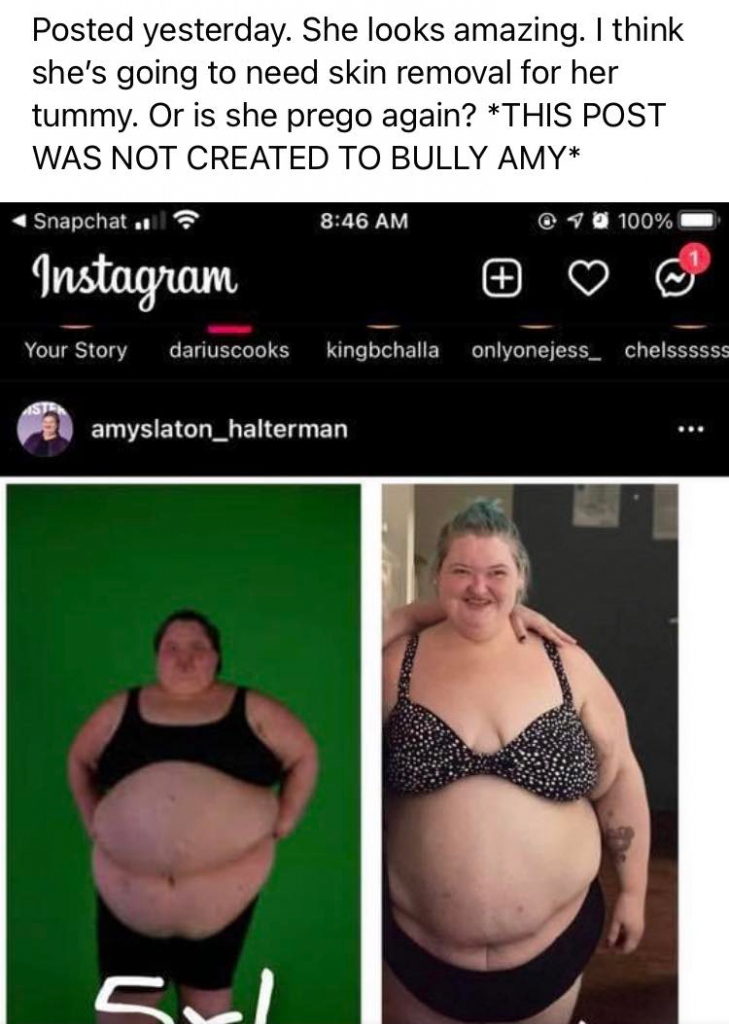 In fan chatter on Facebook, one 1000-Lb. Sisters fans questioned if she was pregnant because of the way her belly was in the photo. It looked like there was a bit of a baby bump forming. The individual, however, did acknowledge it could just be extra skin from all the weight she has lost.

It was about a month ago that 1000-Lb. Sisters fans started asking Amy Halterman if Gage was a one-and-done situation. Did she want to have additional children? Amy Halterman confirms she’d love to have at least one more baby to give Gage a sibling. But, it doesn’t sound like she’ll be heartbroken if it doesn’t happen.

Fans know Amy and Michael jumped the gun getting pregnant just months after having weight loss surgery. According to Healthline, it could be pretty dangerous for Amy Halterman to be pregnant again so soon after having a c-section.

Health experts suggest waiting at least six months to safely conceive after a c-section. With Amy being overweight and having a high-risk pregnancy… Health experts would likely want her to wait 18-24 months to conceive a second child.

That being said, 1000-Lb. Sisters fans would be here for her if she was pregnant again. For now, however, Amy Halterman and Michael being pregnant is nothing more than rumor and fan speculation. So, don’t get too excited about a new baby just yet. We’ll keep you posted if anything changes!