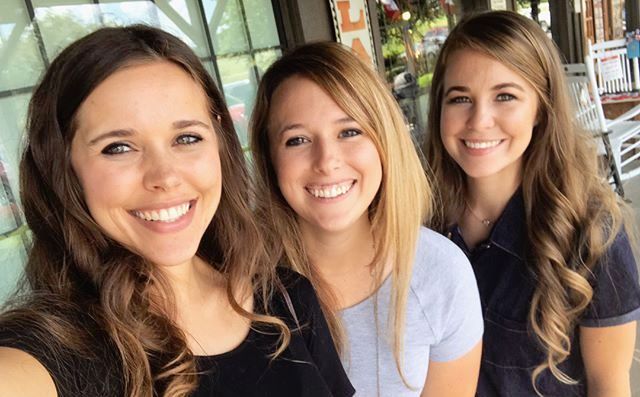 Jana Duggar engagement rumors have been flying, but so far, the Duggar family hasn’t said anything about them. It’s rumored that Jana is courting a guy named Stephen Wissmann, and now fans think they could be engaged. It’s very possible that there are a few big announcements coming from the Duggar family soon. They have been fairly secretive lately. Now, Jessa Seewald is addressing the speculation.

Jana is rumored to be courting Stephen Wissmann after she was spotted at his family’s Christmas celebration. After the photos from the holiday were leaked, the Wissmann family made their blog private, only adding to fans’ suspicions. Then, at Jedidiah and Katey Duggar’s wedding rehearsal, Stephen was spotted. Typically, only those in the wedding party are at the rehearsal. So, he must be pretty close to the family since he was there.

A source close to the family claims that the Duggars are going to make a couple of big announcements soon, and one is supposedly about Jana’s relationship with Stephen.

Further fueling the fire, Jana recently posted a video at a vintage market in Arkansas. Noticeably, her left hand is in her pocket or away from the camera the whole time. Fans are speculating that she’s hiding her engagement ring.

On her Facebook page, Jessa shared a new post about her daughter Ivy. Rather than focusing on the funny photos of Ivy, a few fans began bringing up Duggar family rumors. Surprisingly, Jessa decided to respond to fans’ questions.

In a comment, one fan writes, “Congratulations to your sister Jana on her engagement.” In response, Jessa writes, “Haha! That’s not true.” She keeps her response short and sweet, possibly to avoid sharing too much or raising more questions.

Of course, it’s possible that Jessa is trying to keep Jana’s engagement a secret. She may have said it’s not true to hopefully shut down some of the rumors and speculation. We won’t know the truth until later on if Jana eventually shares about her relationship or engagement with Stephen. She could be courting someone totally different too.