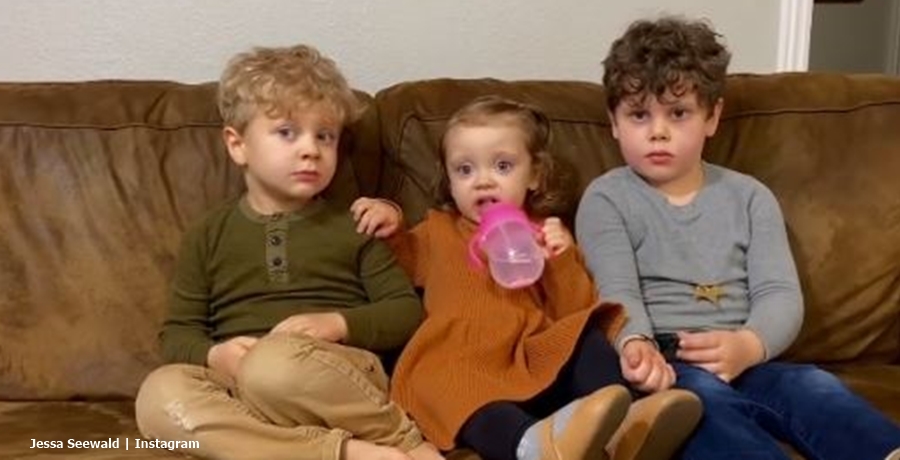 Ivy Jane Seewald is a bright and happy little girl and often features in videos and photos that her mom, Jessa takes. In fact, the adorable child develops quite a sassy personality and wants to get involved in everything with her older brothers, Henry and Spurgeon. Taking her looks from the Duggar side of the family, many fans agree she looks a lot like Jinger. Nevertheless, a series of photos that Jessa Seewald shared on April 15 made some fans worry about a thyroid condition. So, could that be a problem? Can little kids even experience those problems?

We reported that when fans saw the photos of Ivy, her big eyes made a lot of people say how gorgeous they are. However, some Counting On fans thought she looked startled or “shocked.” One fan suggested that Jessa should take care as someone might use them for “memes.” Actually, that prediction came true quickly. Redditors got ahold of the photos and quickly make jokes about them. However, in the comments on Jessa’s post, some Duggar fans worried about those big blue eyes.

Several TLC fans wondered if Ivy Jane Seewald sufferers from a thyroid condition. One fan commented, “Soooo cute. Large eyes [might] be [a] sign of thyroid issues FYI!” Another Counting On fan asked, “Does she have a thyroid condition?” Well, one enthusiastic fan even went off and researched it. Replying, they said that apparently, kids’ eyes tend to look large as “their eyes are 70 percent developed at birth.” The rest of their body develops a lot slower, which makes them look disproportional.

Kids like Ivy Jane Seewald sometimes suffer from thyroid issues, according to The Children’s Hospital of Michigan. Their website notes that hyperthyroidism in kids might present in their eyes. They wrote, “Signs include [a] wide eyed stare including possible eyes bulging out.” However, before you worry more, many other symptoms also present themselves. Certainly, it looks like the active little girl suffers from none of them, as far as we can tell.

Ivy Jane Seewald looks chubby and robust. In fact, one sign of potential trouble relates to a huge “appetite” but with “weight loss.” Then, “decreased energy” might become apparent. However, in her video clips. Ivy seems full of energy. Additionally, Jessa noted in her caption, that she wakes up with that wide-eyed look only “first thing in the morning!” With thyroid-related illness, the eyes look wide and bugling all the time.

From what the hospital says, Counting On fans can probably stop stressing about Ivy Jane Seewald suffering from a thyroid problem. Besides, if Jessa took other symptoms into account like “constipation,” “brittle hair,” and “fainting,” she’d obviously take her daughter to a medical professional.

Do you think the little girl suffers from a thyroid condition? Let us know in the comments below.