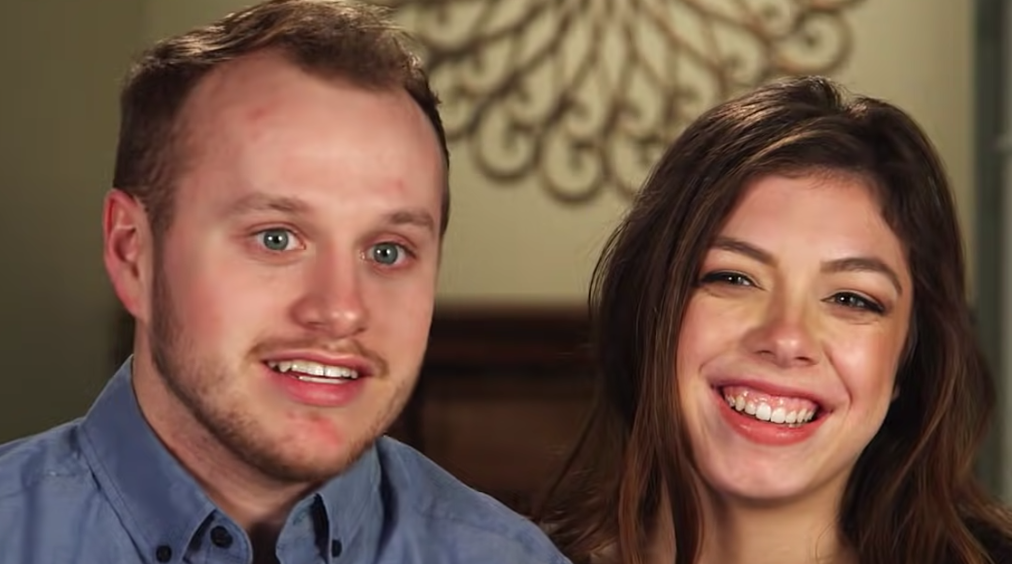 A new video of the Duggar family was shared via social media. The short clip was shot while the family’s photos were being taken at Jedidiah Duggar and Katey Nakatsu’s recent wedding. Though we haven’t seen all of the wedding photos yet, the family has shared a handful of photos. So far, this full family photo hasn’t been shared, so all we can see is a screenshot from a video recorded while the photo was taken. After seeing the screenshot, fans are thinking that Lauren Duggar might be pregnant.

Currently, Josiah and Lauren have one daughter, Bella. She will turn two years old in November. Before getting pregnant with Bella, the couple had a miscarriage.

For a little while now, Josiah and Lauren have been quiet on Instagram. While they used to share regular updates about their little family, they have gone silent. They last posted in November 2020. Some fans are speculating that they may want to stay out of the public eye for some reason, but others wonder if they are hiding a pregnancy.

The photographer at Jedidiah and Katey’s wedding shared this clip of the family getting their photos taken. It looks like almost everyone was able to make it in this photo, which couldn’t have been easy to coordinate. But since it’s likely that everyone attended the wedding, it was a good time to get an updated family photo.

In the reposted video, a few fans commented and mentioned that Lauren could be pregnant. One asks, “Does Lauren look pregnant?” Another adds, “Took the words out of my mouth😂😂”

Of course, it’s possible that the wind was blowing her dress out. It could also just be the angle that makes her look pregnant. There is often speculation about the Duggar women that could be pregnant. Right now, fans also think that Anna Duggar might be hiding a pregnancy.

No matter what, the Duggars will update fans when someone is pregnant and ready to share. Currently, Jessa Seewald is the only woman in the family who has announced that she’s pregnant right now. She’s due this summer.

So, do you think fans are right about Lauren Duggar being pregnant? Or do you think another Duggar is expecting? Let us know your thoughts in the comments below.