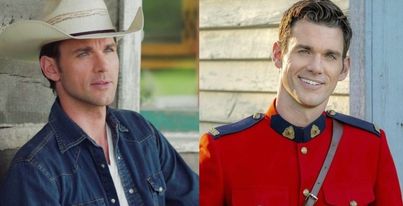 Things may currently be looking a little bleak in the love department for Mountie Nathan Grant, but the guy who plays him, When Calls The Heart star, Kevin McGarry has found love. Turns out, he and another Hope Valley resident have some serious sparks.

Did you know that Kevin McGarry (Nathan) and Kayla Wallace (Fiona) are dating in real life?

Back in November, When Calls The Heart star Kevin McGarry shared a photo to Instagram. It was a post of coffee cups and three Polaroid photos. The photos were of Kayla and Kevin. The caption? “Photo evidence. 📸.”

The couple continues to comment on each other’s social media. Just Wednesday, Kayla shared on Instagram a smiling photo of herself. Kevin commented with the simple, “Babe.” Pretty adorable.

Need more confirmation? ET was able to ask around and got the scoop. A source close to the couple shared that they only started to date “recently.” Most of all, the couple is quite happy. They even report that Kayla had shared a white heart below a screenshot of Kevin’s Instagram post. That is very sweet!

Kevin McGarry joined When Calls The Heart at the beginning of Season 6, as did Kayla Wallace. Although their characters have not had a romantic story, they are certainly quite adorable together.

One thing When Calls The Heart viewers may not realize is that both Kevin and Kayla are musical. Kevin plays the guitar and sings, as per his social media. In addition, Kayla plays the piano and sings.

Could we see a future musical WCTH episode, with both sharing musical performances? Or could Kayla and Kevin share a song on social media?

Wow, I just found out about this.#Hearties #WCTH

Now that everyone knows that Kevin and Kayla are dating, will they get another season working together? Is When Calls The Heart renewed for a Season 9? Although Season 8 has only four episodes left, Hallmark has not yet renewed the top cable series.

There have been rumors that the series would end after eight seasons, but Erin Krakow has said that this was not true. But, with each passing day, Hearties are getting more nervous. There is still no word.

In addition, many fans want to see Abigail return to Hope Valley. That would mean the return of Lori Loughlin. Erin has shared that she would like her friend back. Moreover, Kevin McGarry has said the very same thing.

Kevin’s on-show rival, Chris McNally even stated that the show seems to be setting up for the possible return of Abigail. Now, we just need a Season 9 confirmation to help that dream come true.

Be sure to watch When Calls The Heart Season 8 on Sunday nights, at 9 p.m. on the Hallmark Channel. Moreover, see if you can see any on-screen sparks between Kayla and Kevin.