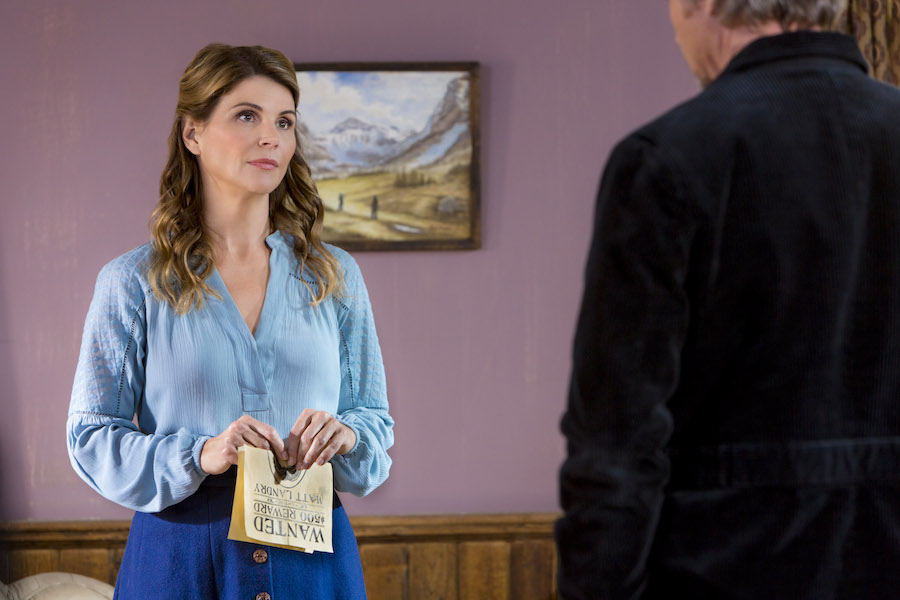 Ever since Lori Loughlin was dismissed from Hallmark productions, When Calls The Heart fans have wondered if she will return. More recently her former co-stars, Erin Krakow in particular, have really supported the return of Loughlin and her character Abigail Stanton.

Thanks to a recent interview with another cast member, the likelihood seems even greater now. Hearties, want the latest scoop?

On Wednesday, When Calls The Heart’s own Chris McNally was on the Deck The Hallmark podcast. He talked about audition anxiety and his journey as an actor. Although he did not reveal who Elizabeth chooses, he did reveal some really, really juicy information. Information on the future of Lori Loughlin and her character Abigail Stanton.

Hearties, are you listening?

About 37 minutes into the interview, which is posted on YouTube format, so you can watch the gorgeous Chris McNally get interviewed, he delivered the bombshell. Bran and Dan were quizzing Chris, who portrays Lucas Bouchard about scripts. Specifically, they wanted to know how soon the cast got their lines.

McNally shared how in the beginning of the season, they have weeks with a script, but as the season progresses, the script may not be ready until hours before they start shooting. The Altered Carbon actor half joked that maybe they were working on writing out Abigail Stanton, and then realized it was a couple of seasons ago. Time does fly!

However, Dan and Bran were quick to turn the conversation over to Lori Loughlin.

Dan had to ask Chris if he ever worked with Lori Loughlin. He asked, “Was she still on the show with you?” Chris confirmed that they had. They were on Season 6 together. He then alluded to the scandal by saying, “all that hit the fan,” and sharing that they had to go back and do some reshoots.

Now, it was time for the bombshell. This was at just over 37 minutes into the interview. They asked Chris, “Do you think they’re gonna bring her back?”

Chris answered, “I hope they do personally.” He then added, “I think she’s a lovely person.” He smiled as he said, “I really enjoyed working with her…and she’s a great character.” And then he continued.

“I feel like this season I feel like…they’re setting up for it to be a possibility..whether it’ll come to fruition. I don’t know.”

He went on to say that “I think they are thinking about it in the back of their mind. It is on their radar. This is something that,” and he emphasized the next word, “could,” as he continued “happen.”

Bran stopped anymore conversation on Lori Loughlin. This was a lot to chew on!

Why Was Lori Loughlin Fired In The First Place?

Just two years ago, the world was shocked when Lori Loughlin’s name was attached to the College Admissions scandal. Worse yet, When Calls The Heart Season 6 had just begun airing. Hallmark immediately fired Lori from all of their productions. This includes WCTH, Garage Sale Mysteries and any Christmas movies.

Since the news came out, she served her time and she has fulfilled her legal duties. Now, she has even asked for her passport back. That means she could return to Vancouver to film, should Hallmark reinstate her.

Will Lori Loughlin Return To When Calls The Heart As Abigail Stanton?

Hearties just want to know, will Lori Loughlin and her character, Abigail Stanton, return to Hope Valley? Absolutely, if When Calls The Heart star, and show producer, Erin Krakow has anything to do with it.

Recently, Erin Krakow spoke to ET Canada about WCTH. She was asked whether she would want Lori Loughlin and her character Abigail Stanton to return.

Krakow, who plays Elizabeth Thatcher Thornton, had a very affirmative answer. She nearly exploded with joy when she said,  “It would make me so happy!” Moreover, she added, she would bring Lori Loughlin “back with open arms.”

Hearties, would you like to see Lori Loughlin back on WCTH, for Season 9, should Hallmark renew the series?

Don’t forget to watch When Calls The Heart Season 8 on Sunday nights at 9 p.m. Eastern, on the Hallmark Channel.