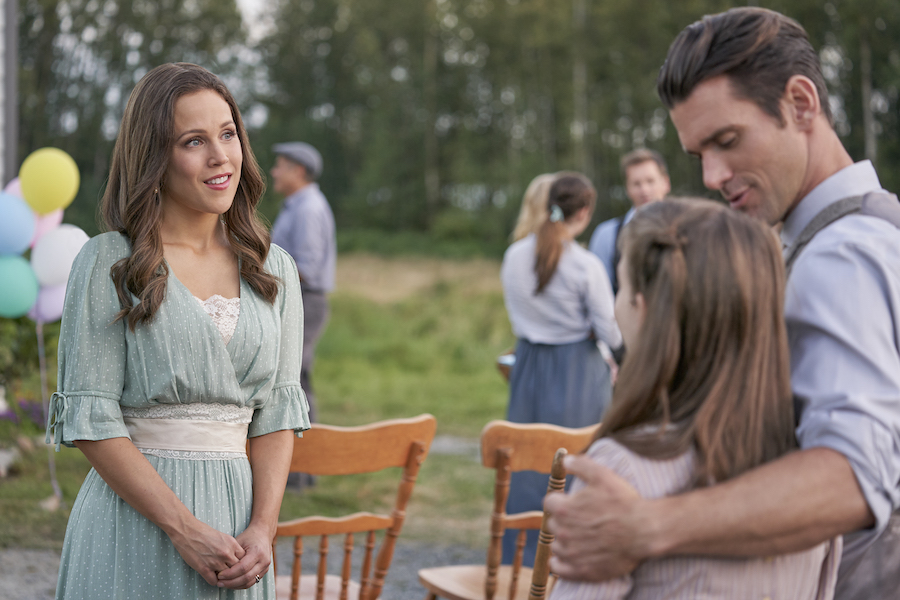 Hearties want to know if there will be When Calls The Heart Season 9. Has Hallmark renewed their top television series?

Everyone, especially Hearties want to know whether there will be a When Calls The Heart Season 9. Clearly, they are loving the back and forth of the love triangle of Elizabeth (Erin Krakow), Nathan (Kevin McGarry), and Lucas (Chris McNally). Sometime this season, Elizabeth will choose her man. Next, they will go a-courting!

However, fans are looking forward to another season. Could there be an engagement, or even a wedding that will give Elizabeth and baby Jack a happily ever after?

Granted, right now, we are quite halfway through Season 8, as this season is supersized with 12 episodes. The upcoming episode entitled “No Regrets” airs on Sunday, March 28. But, inquiring fans want to know if there will be a Season 9.

Right now, Hallmark has not renewed When Calls The Heart. Nor have they addressed whether there will be another season. Then, those other rumors begin showing up in social media, lurking in the shadows.

Even before the talk about When Calls The Heart Season 9, there have been rumors floating around that Hallmark will cancel their top series. Besides the fact that in Season 8, the show has slayed cable ratings. Also, more people than ever are tuning into the sweet Hope Valley stories.

Subsequently, Brian Bird affirmed her comment with “#Hearties for accurate information, go straight to #TheTeacher, Mrs. Thornton. If she has her way, @WCTH_TV will beat the 31-season record of @TheSimpsons.”

Moreover, Hallmark generally does not renew a series until after they aired their final season episode. Usually, it is about a week later. But, Hallmark may choose to give Hearties something to look forward to, as production will need to start not long after Episode 12 is broadcast on the Hallmark Channel.

Along with When Calls The Heart Season 9, there have been rumors about a certain character returning to Hope Valley.

Will Lori Loughlin Return For When Calls The Heart Season 9?

Hearties have also wondered whether Lori Loughlin could return for When Calls The Heart Season 9. According to Chris McNally, while on the Deck The Hallmark podcast, he shared how nice she is to work with.

Moreover, he shared that the Season 8 script could set up for the return of Abigail Stanton. “I feel like this season I feel like…they’re setting up for it to be a possibility..whether it’ll come to fruition. I don’t know.”

While McNally was clear that this is all speculation, using words like “could,” should give fans hope that Loughlin’s return is very possible.

Erin Krakow has also been very vocal about her desire to bring her friend and co-star back. She told ET Canada that it would make her “very happy” if Lori Loughlin returned to the series.

Moreover, back in September, WCTH executive producer, Brian Bird discussed “second chances.” This is why they did not recast Lori Loughlin.

But first, Hallmark needs to renew When Calls The Heart Season 9.

Be sure to watch WCTH every Sunday at 9 p.m., on the Hallmark Channel.

TLC’s Whitney Way Thore Clams Up Over The Past Month
‘The Bold And The Beautiful’ Spoilers: Zoe Has A Shocker In Store
Jedidiah Duggar & Katey Nakatsu Soak Up The Sun On Their Honeymoon
‘Shameless’ Finale: John Wells Explains Why Frank Died Alone
‘Days of Our Lives’ Spoilers: The Morning After For Xander & Chanel