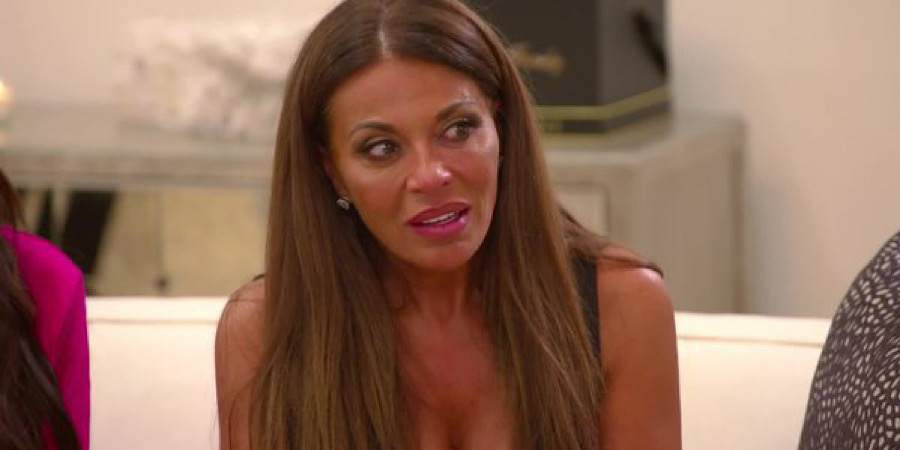 Last week on RHONJ, Joe had issues with how independent Melissa had become. Though he was still madly in love with her, he had always wanted a traditional marriage. He saw his mother stay at home and dote on his dad, raising the children. That’s what he had expected from his wife. Melissa had changed since they first got together and achieved a lot of her dreams. She was extremely busy with her boutique and could not cater to him as much as he’d like. In the end, everyone came together to celebrate the life of Joe and Teresa’s father, Nonno. It seemed like all was forgotten, at least for a short time.

All the families are preparing for big events while the kids are homeschooled because of the pandemic. Jackie’s family is getting ready for Rosh Hashanah. She is counting who will be coming over for the holiday. Over at Jennifer’s, her father and daughter have just returned from Turkey. They got to see her new nephew. However, her mother refused to go because she is not getting along with her husband. Jen cannot understand why she is letting her anger allow her to miss out on big moments in life.

Jennifer is complaining because her eldest daughter has a bad attitude. She attributes it to hormones and her mom reminds her she was a bad apple. Jen says she would have been better if her parents hadn’t been so strict. She then shares how Margaret called her out on her drinking. Jen thinks it is because Bill is the man of every woman’s dream. Her mom goes off about how bad Jen’s father was and how he was not proactive but she does not remember him like that.

Jen won’t diminish what her mom went through as she was promised to her husband at 16 and he was 26. She was ripped from Turkey when they got married to come to America. Jen cannot imagine that life but she also loves her father, who is currently living with her.

Melissa, Margaret, and Jackie all meet up for lunch. Marge feels grateful to not have any kids at home to homeschool at the moment. Yet, she is finishing up her book and reflecting a lot on her mother. She went out clubbing with Marge Sr. and learned you only had to use your looks, not your smarts. They reflect on their time with Jennifer and how she said Marge should not curse at her husband. It then turns to Melissa and Joe. She loved when they first got married and he was somewhat possessive.

It made her feel special like her husband really cared for her and wanted to protect her. Now, she is flourishing and the dynamic has dramatically changed. Melissa brings up how Teresa invited them all to see her psychic. She started seeing this person when she got out of prison and after her divorce. The ladies want to know if the psychic will be honest about Teresa’s personal life. They believe she is seeing someone but won’t say anything. It is clear Melissa knows Teresa has someone in her life but has been sworn to secrecy.

At Dolores’ house, she and Frank are talking and she shares she is getting a biopsy next week. He asks if she has told her mom or their son. She says no but she has told her boyfriend, David. Frank is still leery of him as a boyfriend but she is remaining optimistic. Her results will be ready in two weeks. Maybe the psychic will have some answers because everyone is getting ready to go to Teresa’s.

Not all the ladies are sure they want to talk to the psychic because they do not know what she will say. They ultimately learn she is more of a medium. After they sit down, Marge shares she is inviting the ladies to come on a yacht the following week as part of her book celebration. Jen has yet to show up and they are joking about Jen’s Instagram lives. She is complaining about how she does not have a nanny and is looking for “a housekeeper” though she finds that term degrading.

The psychic starts with Marge and asks about a father figure. It was Bernie, her ex-husband, Jan’s father. He thanks her for raising his grandkids. She loved him so much and she would not have divorced Jan if he had not passed. Dolores and her grandparents come in. They say brace yourself for something physical and to get something checked. This is against her religion but she likes knowing they are there. They also bring up David and say he is not her soulmate.

Dolores will have a love that she never knew before. As for Melissa, she is told she is not working too much and she should not change what she is doing. Over to Jackie. Her grandmother comes in and says she has picked herself up. There are many people around Jennifer and it comes through that Jen is enabling her father. She needs to tell her mother she is right and she loves her. Teresa’s dad is next to her and says love is in the air, embracing the relationship.

It is time for Rosh Hashanah at Jackie’s and she feels special knowing her grandparents are watching over her. Even though she is not religious, continuing traditions now has more meaning than before. She tells her parents about what the psychic had to say and they are blown away. Melissa and Joe go out to dinner and he reflects on the first time he saw her. He knew she was going to be his wife. She does remind him she was working three jobs at the time. Things have changed since they met but he tells her to work but not let it consume her.

Jennifer is doing what the psychic said and acknowledging what her mom felt. They both said they were never happy married. Jen said she did wish they had gotten divorced so they could have been happy. Her husband tells the kids to leave the room so they are not exposed to it. Next week, the ladies yacht with Margaret who calls Jennifer tone-deaf. It is time to celebrate Jackie’s birthday and Teresa has a breakdown. Catch RHONJ Wednesday nights at 9 pm on Bravo.